LOS ANGELES -- Steven Soderbergh's "Behind the Candelabra" was preceded by so much fuss over the casting of Michael Douglas as bedazzled pianist icon Liberace and Matt Damon as the entertainer's young lover Scott Thorson, that you'd have thought the duo did something other than act for a living.


Yes, biopics are hard, and Liberace was quite a character. That elfin face and sweet whine of a voice appear so at odds with his carefully controlled career. And certainly not every actor can convincingly rock sequined pants and an ermine cape.

But Douglas has been a good guy and a bad guy, a sloppy pothead writer, a greed-is-good financier and a sleekly brilliant president, while Damon's roles have included hero, heartbreaker and sociopath. 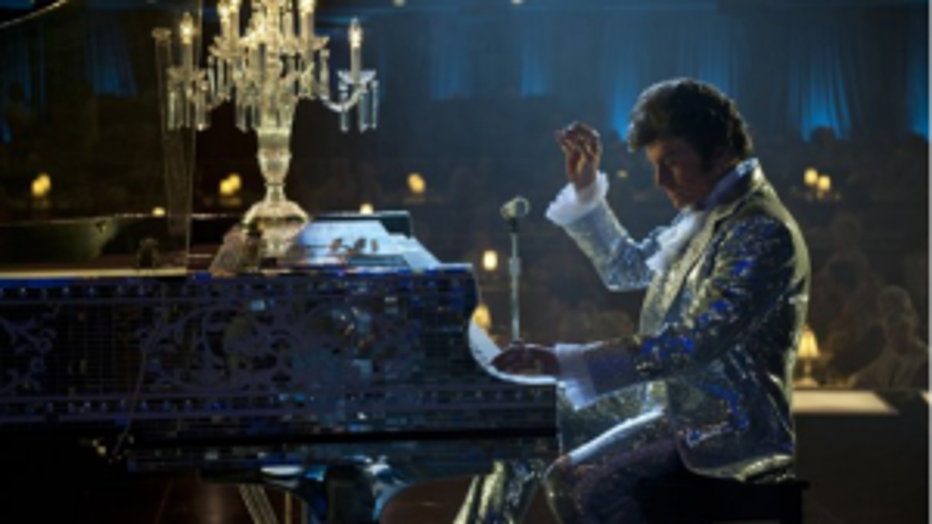 So all the "Michael Douglas? As Liberace?" boils down to a tendency to still titter at the idea of two straight men playing a gay couple. (A very gay couple, if male homosexuality can be described in degrees of glittery accouterment, which probably it should not.) That's more than a little depressing, but it does provide a fine example of image-suffocating reality — one of the film's strongest themes.

Once your eyes adjust to the opulence of Liberace's life in '70s and '80s Las Vegas — Versailles with mod cons — "Behind the Candelabra," which premieres Sunday night on HBO, becomes a darkly moving look at two lonely men who briefly found something like love. Then, inevitably, the maelstrom of fame, money and drugs, all churning within the confines of the sexual closet, blows it apart.

It is a troubling film, in part because of its in-the-boudoir focus. Based on Thorson's tell-all memoir, it paints such a narrow portrait of the man who was for a time the most famous entertainer in the world that it comes dangerously close to realizing Liberace's greatest fear — that he would be remembered simply as "a crazy old queen."

Not that there's anything wrong with being a crazy old queen, especially one conjured by Douglas, who delivers possibly the most physically and emotionally complete performance of his career. Depicted at the height of his fame, this aging Liberace still dazzles, but fatigue, age, paranoia and loneliness glint darkly amid the glitter.

In many ways, the movie is as much about the destructive force of fame and fortune as it is about homosexuality, although it is very much about homosexuality, albeit in a specific time. The '70s and '80s, depicted here so vividly they form a third character, roiled with excess of an apres-moivariety, especially among gay men. Indeed, the beefcake bods and surgically modified faces would soon give way to the horror of AIDS, in numbers so great no closet could hold them.

And Liberace was a man known for his closet, both literal and figurative. A nightly celebration of rhinestone and mink fabulousness — "Too much of a good thing is wonderful," as he was fond of saying — he pioneered the kind of showmanship that inspired Elton John, Lady Gaga, Madonna and even Elvis in his later years.

But that creative expression came with a price — although his adoring fans suspected his eternal engagement with skater Sonja Henie was a sham, they were not ready to accept an openly gay performer. So Liberace remained officially heterosexual, decorating his gilded cage with a succession of young and handsome men.

Those relationships included, for a time, Thorson, who is the "hero" of "Behind the Candelabra." More mature than the real person, who was only 17 when he began his romance with Liberace, Damon's Scott is decent but damaged. He was abandoned in early childhood by his addict mother and lived in a series of foster homes.

"That's quite a story," Liberace, known as Lee to his close friends, says to Scott. "You've got everything but the burning orphanage."

One foot in the closet himself, Scott, who claims he's bisexual, meets the star backstage after one of his lavish shows. Spellbound by the entertainer's extravagant lifestyle and frank confidence, Scott dares to believe that he will be different than all those young men who preceded him.

Which, for a while, Scott is. Like many famously wealthy people, Liberace is constantly afraid of being used. Indeed, his manager (brilliantly played by Dan Aykroyd) and his mother (ditto Debbie Reynolds) view him more as a business interest than a person.

But in Scott, he sees someone he can take care of and trust. The depiction of two lonely men circling each other warily but with heartbreaking hope provides the film's most powerful moments. And for a moment, it seems that love might just conquer all.

But dysfunction is a tough old queen herself, and in the end, she triumphs. Desperately afraid of aging, Lee gets another face-lift (by a plastic surgeon hilariously overplayed by Rob Lowe) and insists Scott be remodeled to resemble the artist as a young man.

Although not quite the high-wire act of depicting Liberace, Damon does a remarkable job with Scott. He deftly captures the quicksilver shifts in motive and desire that underlie any relationship and evokes a drug-fueled breakdown in all its jaw-clenching horror.


"Behind the Candelabra" is not the story of Liberace's life. Soderbergh is clearly captivated, as are we all, by the rot underlying the glitz, but even with Douglas' nuanced performance, the film simplifies too many things.

Some of the time spent chronicling Scott in his white thong or Lee petting his lap dogs might have been used to better flesh out the man who worked two shows a night and three on Sunday. The man who held his own against Johnny Carson and Jack Benny, and who discovered, as he died along with so many men during the AIDS epidemic, that no amount of marble and silk turns a closet into a fortress.