An amputee who also happens to play soccer made a stunning overhead goal during a game in Bielsko-Biala, Poland, on Sunday.

Video captured the awesome moment when Marcin Oleksy, who has one of his legs amputated, scored a spectacular flying volley during a game between Warta Poznan and Stal Rzeszow, both of which are members of Poland’s top-flight league for amputee teams. 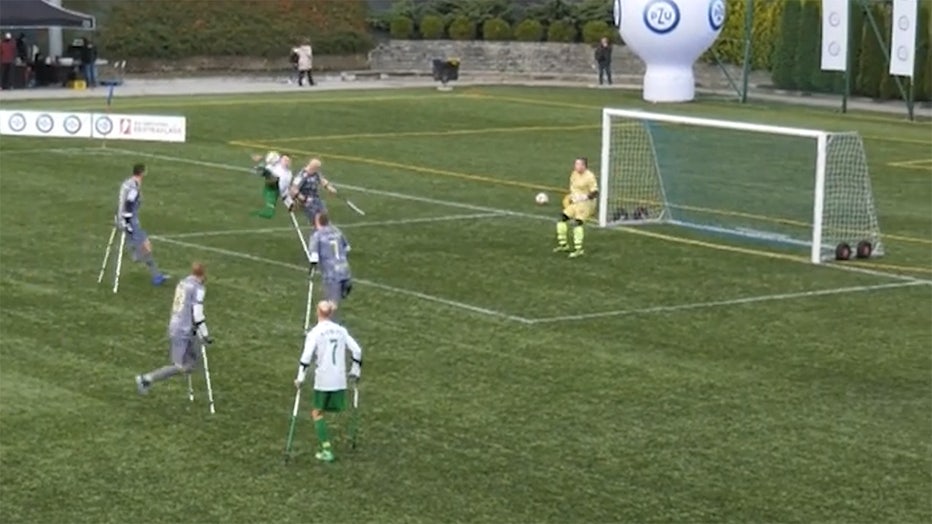 The footage shows a Warta Poznan player floating the ball toward Stal Rzeszow’s six-yard box. Oleksy, moving toward the box, uses his left crutch to launch himself into the air and finish with a dramatic bicycle kick.

Six teams competed in the two-day tournament, which was the sixth and final weekend of matches in the PZU Amp Futbol Ekstraklasa, local media reported. The reigning champions, Wisla Krakow, won the tournament.

This story was reported from Los Angeles. Storyful contributed to this report.