The massive machine boring a new SR 99 tunnel beneath Seattle is expected to break through the outer wall sometime Tuesday.

"Machine operators will proceed slowly through the wall, so it may take several hours for the cutterhead to emerge."

Washington State Department of Transportation officials said Monday the drill, known as "Bertha," is expected to chew through a concrete retaining wall and emerge into daylight.

It will mark the end of a 1.75-mile dig that's part of a project to replace the elevated Alaskan Way Viaduct along the city's waterfront.

The tunnel ranks among the trickiest megaprojects in history: Bertha was the largest drill on Earth when it entered the ground nearly four years ago, and it pushed through tricky glacial soils beneath downtown Seattle.

Bookshop owner on the end of Bertha`s dig

Bookshop owner on the end of Bertha`s dig

Who pays for Bertha cost overruns?

Who pays for Bertha cost overruns?

The drill began overheating in late 2013, prompting long delays as it was repaired. Litigation is underway to determine who will pay for close to $500 million in cost overruns.

WSDOT released these images showing each step of the process as Bertha breaks through: 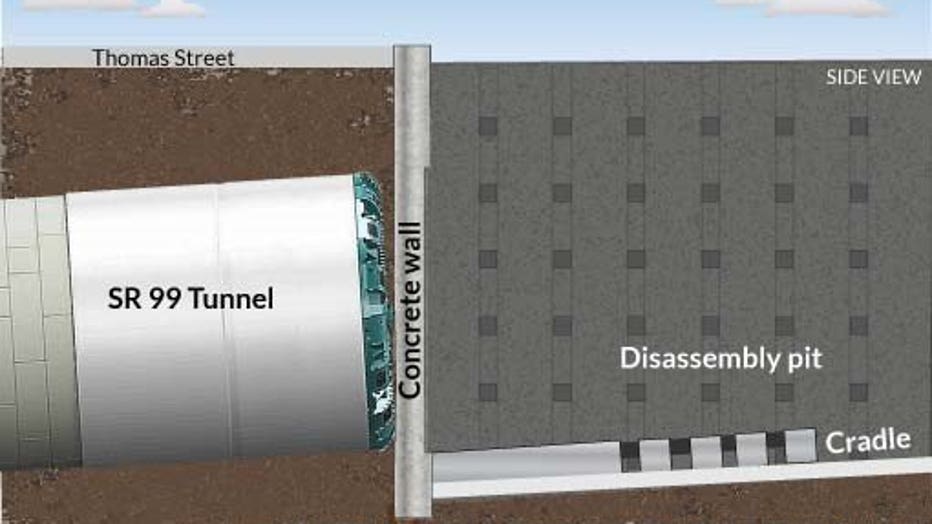 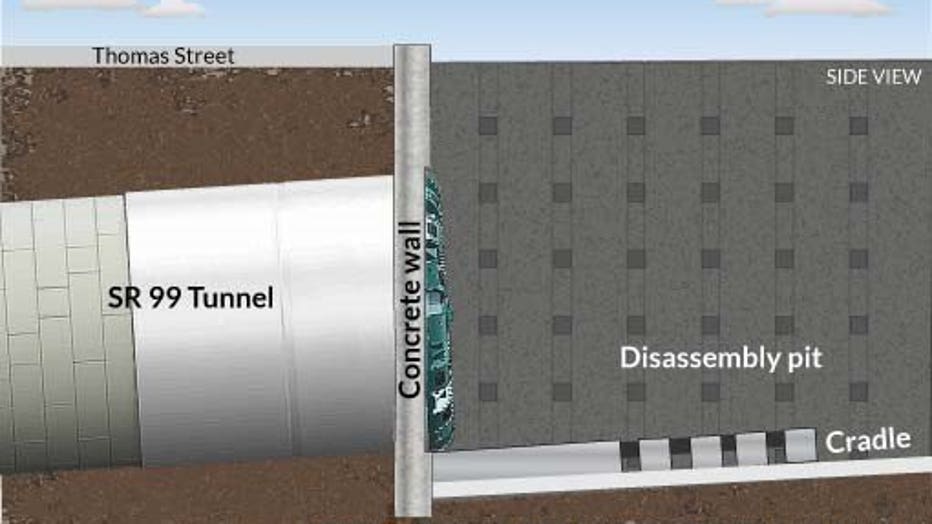 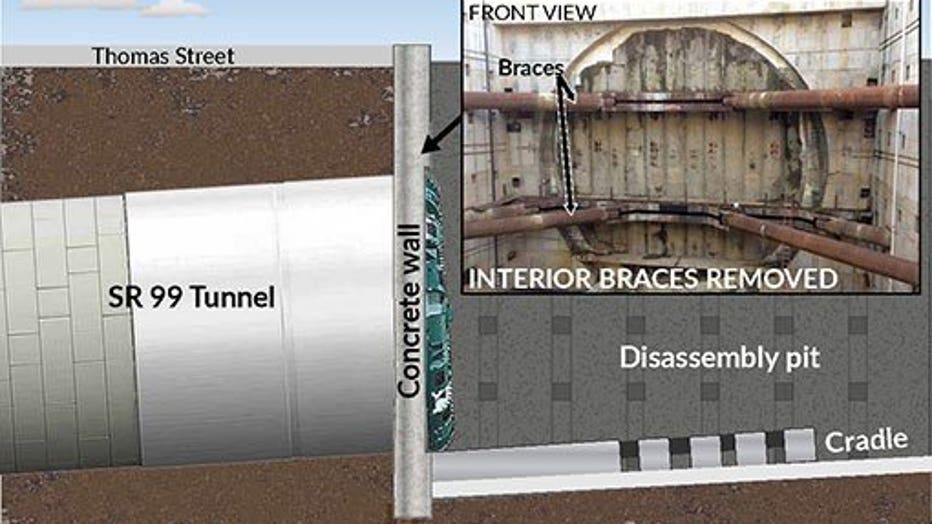 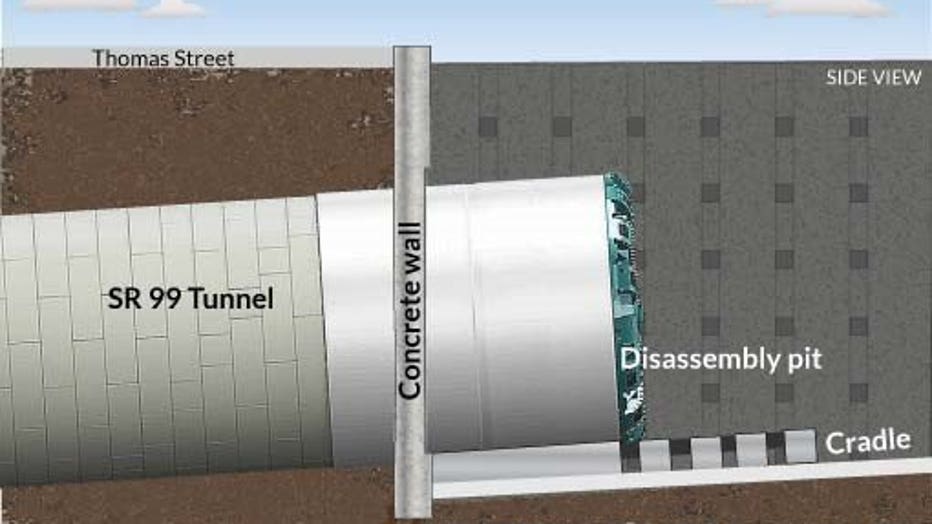 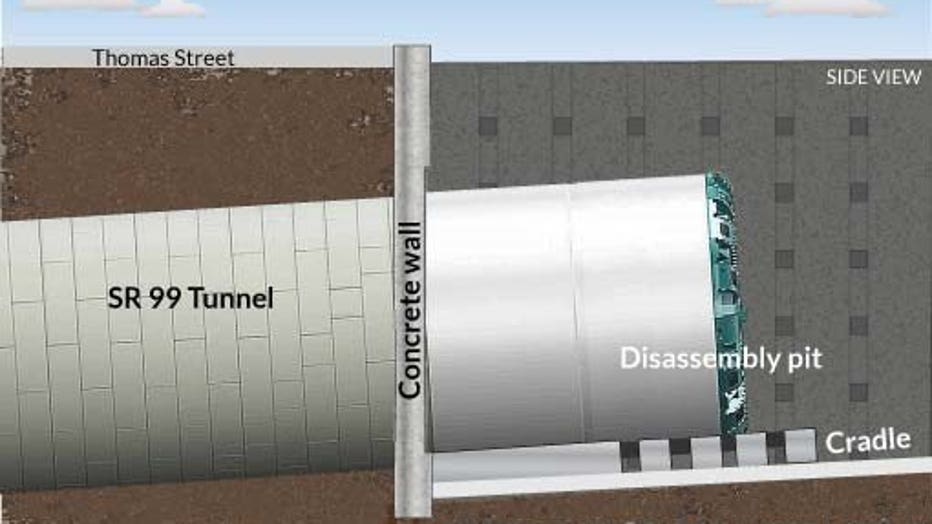