Orbital ATK's unmanned Antares rocket blasted off Monday night from Wallops Island, Va. It was the first flight of an Antares since a launch explosion on Oct. 28, 2014, that wrecked the pad and destroyed everything on the space station supply run. For the long-awaited comeback, the pad underwent a $15 million face-lift, and the rocket got new Russian engines.

The launch provided a show for sky gazers along much of the East Coast.

The cargo ship, named Cygnus after the swan constellation, will have to hang around in orbit until Sunday before making the 5,000-pound delivery. That will give three astronauts time to launch from Kazakhstan and get to the station.

One of NASA's main delivery companies has launched its first space station shipment from Virginia in two years.

The Antares carries roughly 1,700 pounds of food and supples in the Cygnus cargo capsule, which is headed for NASA's International Space Station. 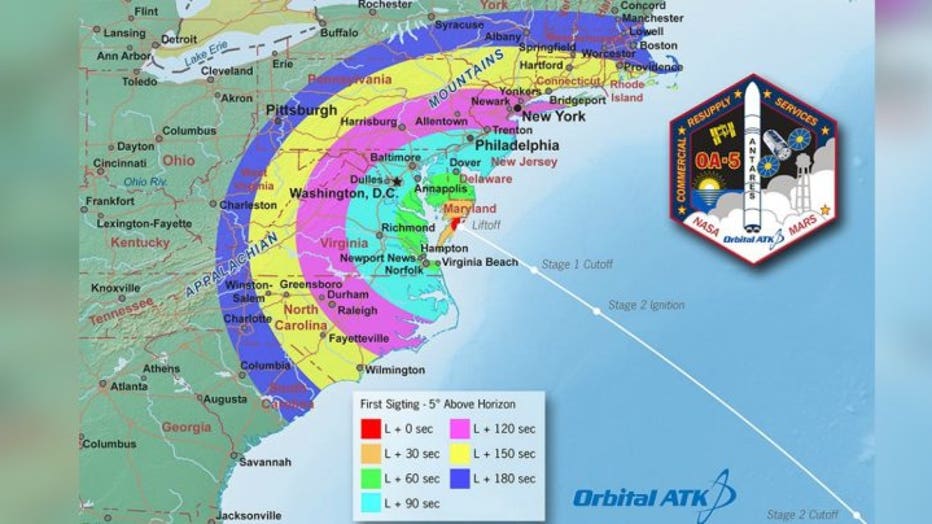 Click here to read more about the mission from NASA.