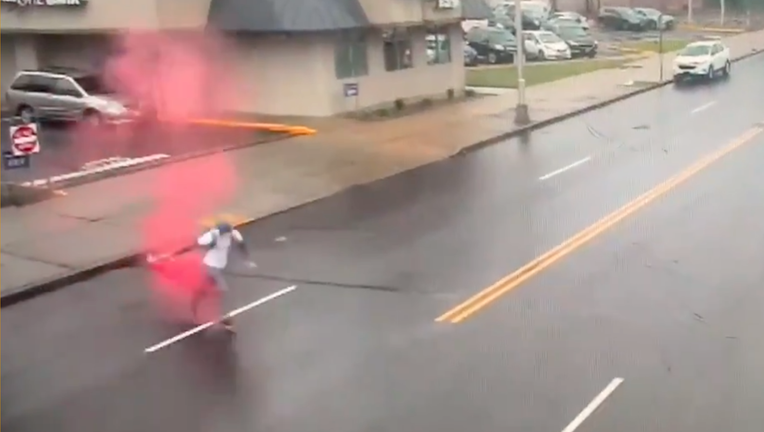 NEWARK, N.J. - He wasn't exactly "caught red-handed," but police in Newark say a man wanted for robbing a bank found himself overcome by a plume of red smoke when a security dye pack exploded as he fled the building.

Newark Public Safety Director Brian O'Hara said the unknown suspect entered the Capital One Bank on Springfield Avenue Saturday morning and handed a note scrawled on a bank deposit slip to the teller.

"I have a gun, give me all the money in register please, and no one will get hurt," the note read, according to police.

The teller handed over $2,500 including a security dye pack that included about $200, police said.

A video released by police shows the man walking outside the bank when red smoke starts to leak from his backpack. As the red plum grows larger the man finds the pack and tosses it away.

Police said the suspect continued north on Blume Street with about $2,300.

Anyone with information on this suspect is asked to contact the Newark Police Department.