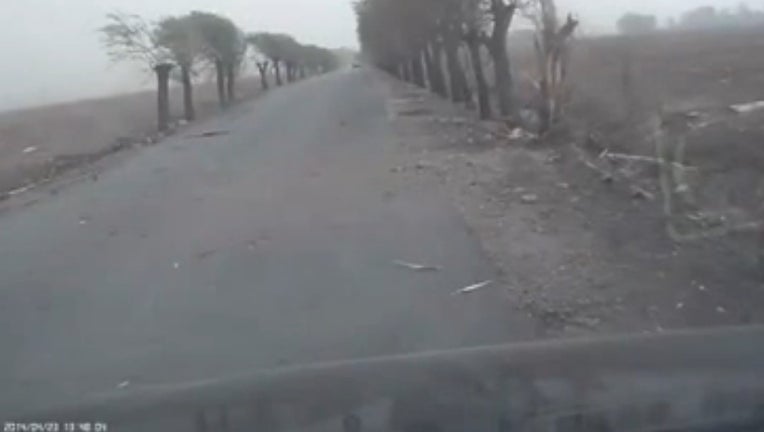 Screen capture from YouTube video of tree destroyed by lightning

Usually you see the damage after a lightning strike.  Occasionally you’ll see the bolt itself.  But new video just posted on YouTube shows what looks like a bolt of lightning striking a tree just feet in front of the camera.

The video is from a dashcam in some kind of police or other official vehicle.  The location is unclear, but the footage is not.

It begins by showing a dusty road as a car drives by and the wind blows trees lining the road.  13 seconds in there is a huge explosion, flash of light and smoke.  As that smoke clears the wreckage is obvious, a tree completely destroyed.

The driver of the car housing the dashcam then slowly backs away from the scene and the video ends.

It is unclear where the video was shot, though the text on the YouTube post seems to be Chinese.