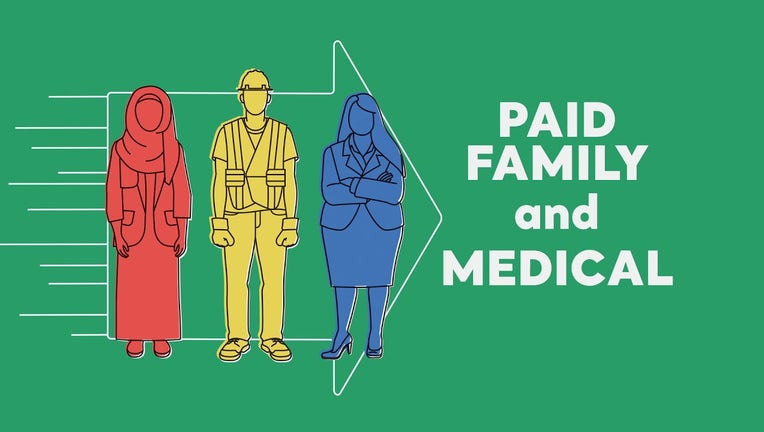 OLYMPIA, Wash. - Washington’s paid family leave program could hit a deficit as early as March, and there are concerns about long-term solvency, following a significant increase in demand for the benefit that launched in 2020.

Under the law, eligible workers receive 12 weeks paid time off for the birth or adoption of a child or for a serious medical condition of the worker or the worker’s family member, or 16 weeks for a combination of both. An additional two weeks may be used if there is a serious health condition with a pregnancy.

Weekly benefits are calculated based on a percentage of the employee’s wages and the state’s weekly average wage — which is now $1,475 — though the weekly amount paid out is capped at $1,327.

The program saw benefit delays when it first went live in January 2020, right before the pandemic hit. In the first six weeks, more than triple the amount of people expected applied for the program, and the demand has continued to be high.

Since the start of the program, the Employment Security Department has processed more than 365,000 individual applications and has paid out more than 2.2 million weekly claims.

Officials with the Employment Security Department told lawmakers at a Senate Ways & Means Committee hearing last week that since the cash influx from the tax rate increase won’t be available until the end of the first quarter, there are concerns about the fund’s solvency and said that a deficit was likely soon.

Under the law, an additional solvency surcharge of at least .1% could be ultimately be added to the current rate if the account balance falls below a certain range.

"Because of the popularity of the program and the amount of benefits paid we’ve seen the fund balance continue to go down," Carole Holland, the chief financial office for the agency. "And so it does seem that it’s likely that we will have a cash deficit situation in March or April of 2022."

Holland said it was difficult to know if the pandemic caused additional strain on the fund, since the benefit started right at the start of it, but lawmakers said they want additional details.

"I suspect that the huge hit that we took with COVID had a lot to do with the increase in paid family leave," Democratic Sen. Karen Keiser said at the hearing. Keiser has introduced a bill that would lower the employee share from 73% to 42% without raising the rate on business, instead allocating state funds to make up the difference.

Holland said that the agency plans to bring an actuary on board in March to help refine projections and to provide options for potentially changing the rate structure. Also, the governor’s budget proposal last month included $82 million to allow a transfer to the paid family leave account if there’s a deficit "so that we can have continuity of benefit payments in the event that we run out of cash," she said.

She said that ideally the state would have three months of reserves, something that does not exist at this point, but that the governor’s proposal would provide about a month buffer. Holland said the state paid about $90 million in benefits in November, and a little less in December.

Republican Sen. Lynda Wilson said it was disappointing "how we didn’t anticipate what could happen."

"I think we really do need to know those details on how COVID affected this," she said. "Because if this is ongoing, this program isn’t sustainable. We’ve got real problems."