SPOKANE, Wash. - A veterans group in Washington state is showing appreciation for a Black Lives Matter activist who saved an American flag from burning during a protest in Spokane over the summer.

The veterans have awarded the 20-year-old activist a college grant of more than $2,600, according to local reports.

“Saying 'Black Lives Matter' isn't saying 'Oh, I hate America' and saying 'Oh, I stand for the flag, I support our troops' is not saying, 'Oh, I hate all Black people,’” Spokane resident Lysa Cole told KHQ-TV. "When you're saying 'Black Lives Matter,' it's also being patriotic because America was made to be an equal opportunity place for everybody.”

Cole was attending a BLM protest on June 7 when, as she told Spokane's FOX 28, the mood shifted after its official end at 5 p.m. 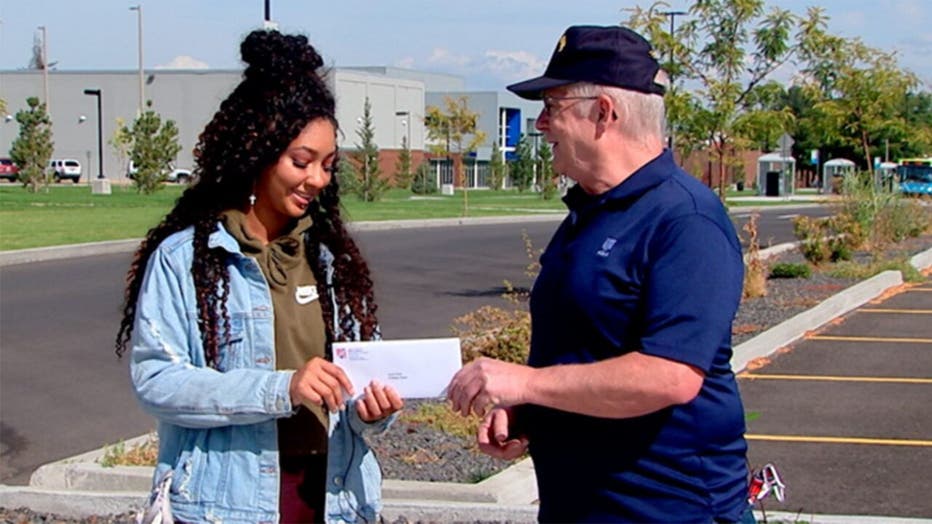 Cole saw a group of men throw an American flag in the street and light it on fire. She stepped in to put out the flames.

“Something bad is happening, and I have it in my power to be able to stop it,” she told the outlet. “I’m going to do that.”

Video shows she approached the men and stamped out the flames within seconds. She picked up the flag and carried it off so they couldn’t try to light it again.

Images of the incident show she was carrying a sign that read “Black Lives Matter” on one side and “Hate does not make America great” on the other.

Leaders of the Spokane chapter of the Military Officers Association of America took notice, according to KHQ.

"These are the type of leaders that we want in the future. Ones that will step forward and look out for everyone," David Melges, the chapter president, told the station. "She stood up for everybody that's ever fought for that flag."

So Melges and dozens of other local veterans donated money for a college grant for Cole, according to the outlet. They raised more than $2,600.

Cole told the station she wants to study psychology and law so she can become a counselor for victims of human trafficking.

She is reportedly attending community college in Spokane and aims to transfer to Eastern Washington University.

Get updates at FoxNews.com.