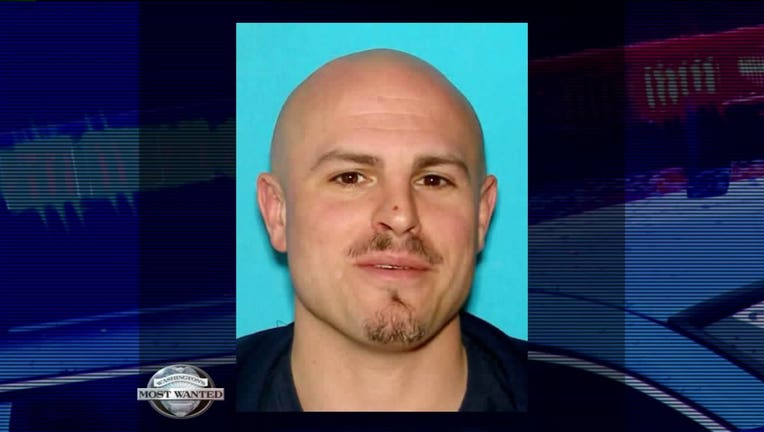 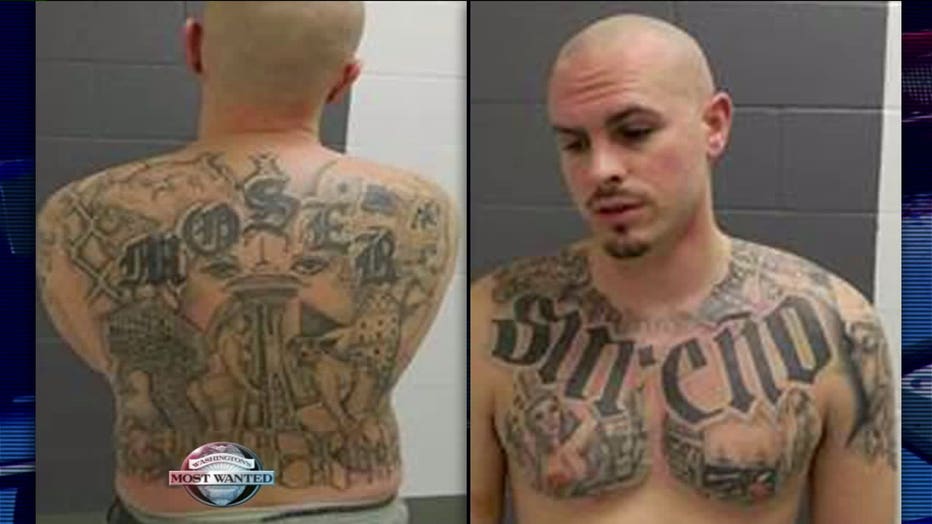 FUGITIVE CAPTURED September 26, 2015 -- Terry Moser was arrested by Washington State Patrol and booked into the Pierce County Jail on Saturday. FUGITIVE WANTED IN PIERCE COUNTY September 18, 2015 -- Pierce County deputies say Terry Moser wore a dark brown wig when he robbed everyone at an AutoZone store in Spanaway at gunpoint on September 9th. "What makes this suspect so dangerous is that he fired rounds into the ceiling of the store during the robbery and as he fled he fired a round at an employee,” says Pierce County Det. Ed Troyer. Photos below show the bullet hole in the glass of a vehicle outside the store that detectives say he hit with gunfire. Moser sped away in a white 2004 Chevrolet Aveo and then as you see in more photos below, he crashed into a log in a wooded area at 173rd and B street S. when he spotted a deputy. He took off on foot and got away, but cops found some small bills on the floor of the car, a handgun, ammunition, the wig and his ID. Det. Troyer adds, "This is somebody that's been in prison before and needs to go back soon. There's been a warrant issued for unlawful possession of a firearm because he is a convicted felon, robbery in the 1st degree and assault in the 1st degree so we want to get this guy caught." Moser is 35 years old, 5’8” and weighs 175 pounds. He's got a whole bunch of tattoos including ‘Sureno’ on his chest and some pretty elaborate ink on his back that includes the Space Needle. He is considered armed and dangerous. If you know where he’s hiding, call an anonymous tip into: CRIME STOPPERS: 1-800-222-TIPS You must call the Crime Stoppers hotline with your tip to be eligible to receive a cash reward for information leading to a fugitive’s arrest. CLICK HERE for information on how to TEXT A TIP to Crime Stoppers