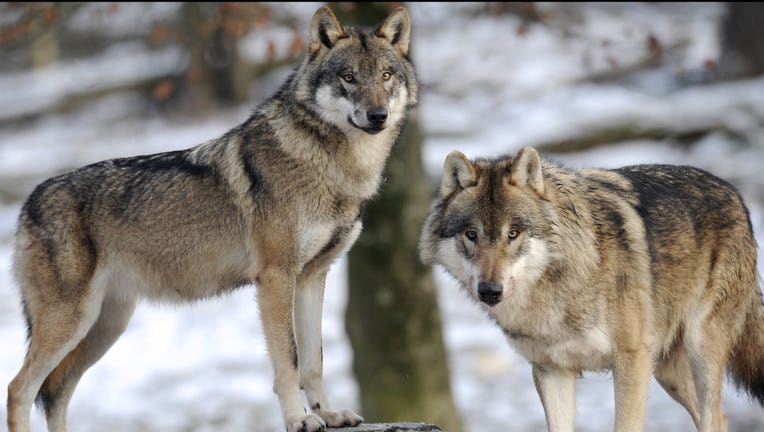 SPOKANE, Wash. - The state of Washington on Thursday ordered the killing of one or two wolves from the Togo pack in Ferry County in response to repeated attacks on cattle.

The state Department of Fish and Wildlife said nonlethal deterrents used by three different ranchers had not stopped the attacks.

The department had documented one dead and three injured calves since June 24. The attacks were attributed to the Togo pack. Three occurred within the last 30 days.

"Removing individual wolves is one of the toughest decisions we face and is never taken lightly," said Julia Smith, wolf policy lead for the department. "Those communities and WDFW staff have worked diligently to protect their livestock and meet expectations, and the season has been relatively quiet until now. August and September are typically months in which wolf-livestock conflict peaks, so this is not unexpected."

The pack consists of five adult wolves and four pups, the department said.

Ranchers tried a variety of approved methods to deter the wolves — including using range riders, removing sick or injured cattle and properly disposing of dead cattle — but those methods failed, the department said.

At the end of 2020, the state’s wolf population consisted of only 132 wolves confirmed by the wildlife agency and another 46 wolves estimated on the Colville Indian Reservation. Washington state is home to 1.1 million cattle, the Center for Biological Diversity said.

"It’s such a tragedy that Washington’s Department of Fish and Wildlife has once again put the Togo pack in the crosshairs," said Amaroq Weiss, senior wolf advocate at the center. "Rather than continue to work with better alternatives, the agency insists on killing wolves to appease livestock owners."

RELATED: Washington to manage wolves within borders after fed action

The new kill order is the fifth since 2018 targeting the Togo pack, which lives in prime wildlife habitat in northeastern Washington, the center said.

The state has killed 34 wolves since 2012. The animals are listed as endangered under state law throughout Washington.

Gray wolves were removed from the federal Endangered Species list in January.

A coalition of 70 groups recently filed a formal petition to relist the gray wolf as an endangered species throughout the West. Last week, however, attorneys for the Biden administration asked a federal judge in California to reject the lawsuit from wildlife advocates.