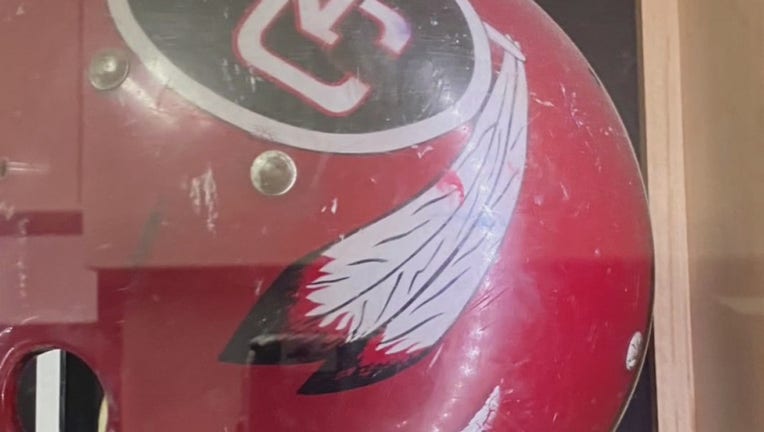 OLYMPIA, Wash. - The use of Native American names, symbols and images would be banned from being used as school mascots, logos and team names at most public schools in Washington under a bill passed Tuesday by the state House of Representatives.

The measure passed with a bipartisan 92-5 vote and now heads to the Senate for consideration.

If approved by the full Legislature and signed by Gov. Jay Inslee, the ban would take effect Jan. 1. Under the measure, school districts would have some time to phase out the mascot, team name or logo, but they would be required to select a new mascot by Dec. 31 to take effect by the end of the 2021-22 school year.

Starting in 2022, they would not be able to purchase uniforms that include the old mascot or name.

Democratic Rep. Debra Lekanoff, the sponsor of the measure and an Alaska Native who is Tlingit and Aleut, said the bill is an opportunity to "do the right thing."

The state Board of Education has adopted two resolutions — in 1993 and again in 2012 — discouraging the use of Native American mascots.

Republican Rep. Brad Klippert pointed to a school in his district called the Kamiakin Braves, saying the name came from a place of pride and reverence for an influential chief of the Yakama Tribe, not disrespect.

"I hope that that the people who might disagree with me or see my no vote, will not see it as a vote of disrespect, but rather a sign of respect and honor," he said. "We want to honor the Kamiakin Braves and Chief Kamiakin with that name."

The National Congress of American Indians says there are about 1,900 schools nationwide that continue to use tribal mascots.

The Washington state Office of Superintendent of Public Schools estimates there are more than 30 schools in the state that currently use Native American names, symbols or images. A fiscal note attached to the bill notes that costs to school districts would vary based on the number of items that would need to be replaced, including sports and club uniforms, flags, banners and other materials.