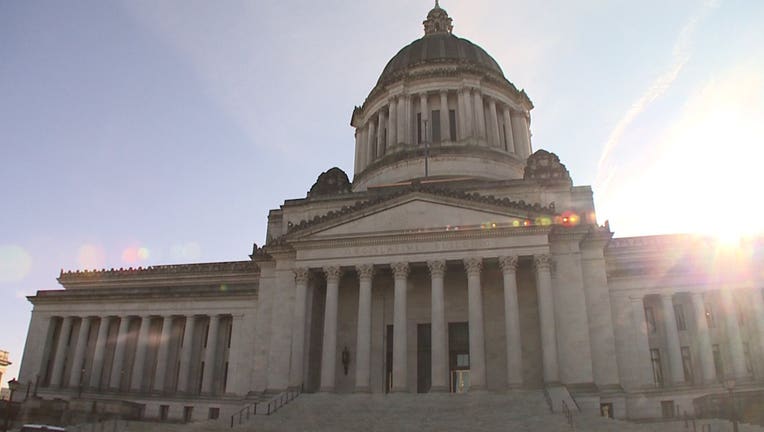 OLYMPIA, Wash. - Profits on the sale of stocks and bonds in excess of $250,000 would be subject to a new tax on capital gains under a bill narrowly approved Saturday by the Washington Senate.

The measure passed on a 25-24 vote after more than four hours of debate in the Democratic-led chamber. Three members of the Democratic caucus voted no: Sens. Annette Cleveland, Steve Hobbs and Mark Mullet.

"Our hardworking Washington families are ready for us to reform and rebuild our tax code," said Democratic Sen. June Robinson, the bill’s primary sponsor. "They are asking for the wealthy few to be part of equitable investments in our state’s future."

The measure would impose a 7% tax on the sale of stocks, bonds, and other high-end assets — like a classic car or painting — in excess of $250,000 for both individuals and couples. A person whose business makes more than $10 million per year is also subject to the tax if they make more than $250,000 in selling the business.

Retirement accounts, real estate, farms and forestry would be exempt from the proposed tax. Staff for Senate Democrats say that between 16,000 and 18,000 people in the state could be subject to the tax, based on data from the state Department of Revenue.

The measure, which now heads to the Democratic-led House for consideration, would take effect Jan. 1, 2022, and is expected to bring in about $500 million a year.

Opponents of a capital gain tax have argued that it’s a type of income tax illegal under state law. Washington Gov. Jay Inslee and other supporters have said they believe it is constitutional. The debate is certain to end up in court if the full Legislature approves the tax and Inslee signs it into law.

Republican Sen. Lynda Wilson said that such a court fight "will cost the taxpayer an enormous amount of money to challenge a law that they don’t want."

The Democratic-led chamber rejected more than a dozen Republican amendments, including one that would make the capital gains tax voluntary. Another proposed amendment would delay the effective date of the tax until mid-2025 in order to give the Legislature time to review recommendations from a work group that is currently developing tax structure ideas.

Republican Sen. Brad Hawkins said while the tax may be narrow now, he believed it was inevitable that it would be expanded.

"It’s not about the ultra-rich. It’s about all of us," he said. "Over time, once this gets implemented and once the court potentially upholds it, then all of the exemptions will over time be whittled away to the point where it does impact all of us."

One amendment that was adopted removed the bill’s emergency clause, which would have allowed the bill to take effect immediately upon signature by the governor, instead of 90 days after the end of the legislative session. Removal of the emergency clause means that opponents could seek a referendum on the measure if they collect enough voter signatures to qualify for the November ballot.

The capital gains tax has been introduced several times in previous years but has never gained traction in the Legislature. Saturday’s vote in the Senate is the farthest the idea has made it through the legislative process. Supporters of the tax say that Washington — one of just a few states without an income tax — leans too heavily on its sales tax, disproportionately affecting those with less income.

"People who have been deemed essential during this pandemic are paying a higher tax rate than those who are profiting from it," he said. "We cannot go back to that same regressive structure if we want a chance at a just recovery."

On a 28-21 vote, the Senate also on Saturday passed a measure that would increase eligibility and subsidies for child care and increase spending on early learning in the state, funded through part of the revenues expected to be raised by the capital gains tax.