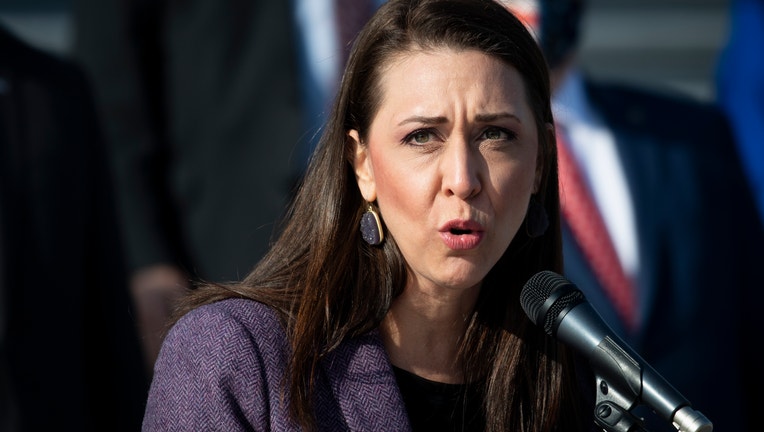 OLYMPIA, Wash. - Rep. Jamie Herrera Beutler, one of 10 Republican U.S. House members who voted to impeach Donald Trump for his role in the Jan. 6 Capitol insurrection, says she will vote to retain Rep. Liz Cheney in Republican leadership.

Cheney, who also voted to impeach the former president, is expected to be ousted from her position this week.

"Jaime will be voting to keep the House leadership in place," Beutler’s spokesman Craig Wheeler told The Seattle Times in an email. Wheeler said the congresswoman had no additional comment.

House Minority Leader Kevin McCarthy has set a Wednesday vote for removing Cheney from her No. 3 Republican leadership post. He sent a letter Monday to GOP lawmakers saying it was clear that he and his fellow Republicans "need to make a change."

McCarthy’s letter did not mention Cheney or Trump by name. But the move comes after Cheney repeatedly challenged Trump’s false assertions pinning his November re-election defeat on widespread voting fraud and criticized Trump’s role in encouraging supporters’ Jan. 6 attack on the Capitol.

Beutler was at the center of a debate in February in the Senate over whether the former president dismissed lawmakers’ pleas for help when his supporters stormed the Capitol.

She said Trump rebuffed a request from McCarthy, which upended Trump’s Senate trial and sparked a fight about calling Beutler as a witness.