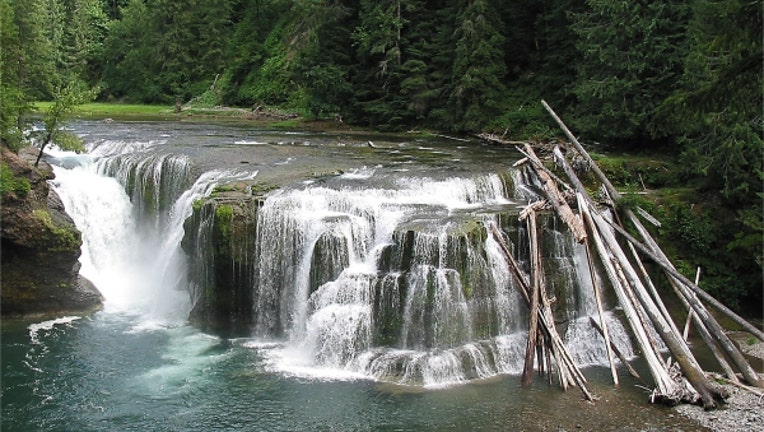 COUGAR, Wash. - A Vancouver, Washington man died after he was swept over the Lower Lewis River Falls in the Gifford Pinchot National Forest northeast of the city, authorities said.

The sheriff’s office was called Wednesday for a hiker who had fallen or been swept over the falls. Authorities say Jones had been with friends on their "Waterfall Wednesday" hiking trip. He was last seen by them on a ledge.

The caller said they had to drive to find cellphone service at that the incident had happened about 30 minutes earlier.

Witnesses at the bottom of the falls said they saw Jones in the water yelling for help. They tried to reach him, but he went under the water and didn’t resurface.

Search and rescue teams responded. Divers found Jones in 14 feet of water, west of the main pool. He was pronounced dead at the scene, according to the news release.