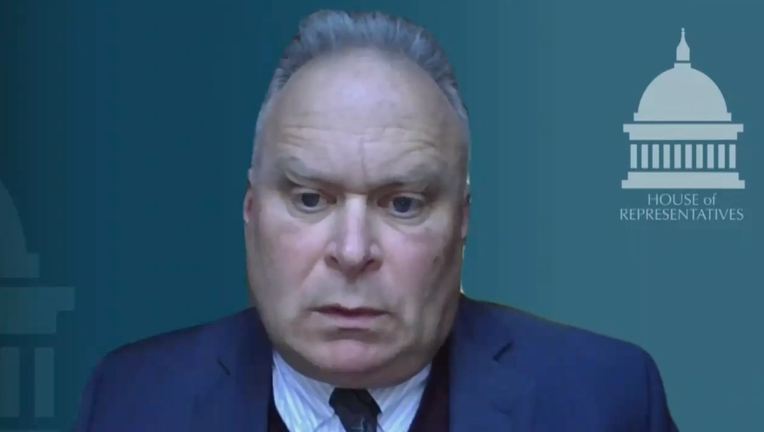 LACEY, Wash. - A Washington state lawmaker is being criticized after wearing a yellow Star of David in protest of COVID-19 vaccine regulations, a display that compared the government’s efforts to protect people from a highly contagious virus with the Nazis’ murder of 6 million Jews during the Holocaust.

State Rep. Jim Walsh, a Republican from Aberdeen, wore the symbol during a speech to conservative activists at a Lacey church Saturday, The Seattle Times reported.

On a Facebook page where video of the speech was posted, he wrote: "It’s an echo from history. ... In the current context, we are all Jews."

"Our government is making an effort to protect their own citizens, not kill them," said Dee Simon, who heads the Holocaust Center for Humanity. "It not only trivializes it, it distorts history."

Walsh’s 10-minute speech didn’t mention Nazis or the Holocaust. He urged the crowd of about 100 to resist what he suggested was government infringement of basic freedoms.

Walsh told the newspaper in an interview Tuesday he had been given the star by someone at the event, and that most attendees wore one. Some of the organizers as "deeply concerned about vaccine passports and vaccine segregation," he said.

Washington state has not imposed a requirement to be vaccinated for COVID-19, but the state Department of Labor and Industries is requiring that employers verify employee vaccination status before lifting masking requirements in their workplaces.