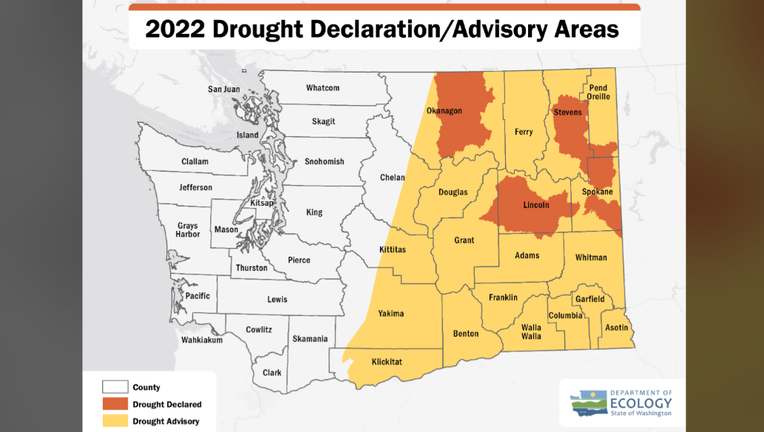 SPOKANE, Wash. - Despite a cool and wet spring, the Washington Department of Ecology on Thursday extended a drought emergency declaration for watersheds in eight eastern Washington counties.

The spring of 2021 was the second-driest on record, and then an unprecedented late June heatwave smashed temperature records across the state. In response, Ecology issued an emergency drought declaration in July 2021 covering 96 percent of the state.

RELATED: Experts warn that drought will impact Northwest this summer

A drought can be declared when the water supply in an area is below 75% of normal and there is an expectation of undue hardship.

Although there has been steady rain and a decent snowpack, much of the PNW is still in drought