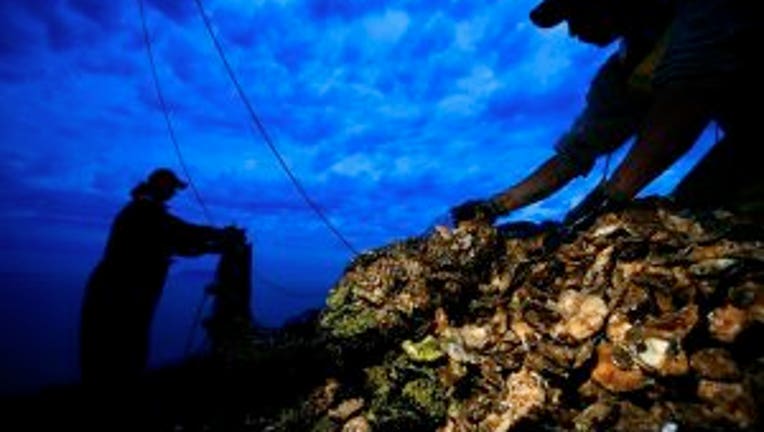 Gregoire signed the executive order based on the recommendation of a blue ribbon panel of experts that pointed out how increasingly acidified waters pose a direct threat to the state’s $270 million shellfish industry.

Gregoire ordered state officials to work with national and international efforts to reduce carbon dioxide emissions. It’s hard to determine what impact, if any, this will have on global emissions, generated mostly by burning fossil fuels, which are the primary cause of altered ocean chemistry.

Closer to home, she proposed a new center at the University of Washington to study the issue and asked state officials to analyze how pollution streaming into coastal waters from cities and farms may be worsening the problem in the Puget Sound and Hood Canal.

Jane Lubchenco, administrator of the National Ocean and Atmospheric Administration, noted how preliminary studies indicate that these localized factors further raise acidity in near-shore waters and thus “increasing the risk to our shellfish industry, the health of oceans and the wealth of benefits they provide."

”The oceans, which are naturally alkaline, have become increasingly acidic as they absorb carbon dioxide from the atmosphere. The world’s oceans have become 30% more acidic since the Industrial Revolution by absorbing 500 billion tons of C02 released from smokestacks and tailpipes.

Although such absorption has buffered the planet from the full impact of a warming climate, it is poised to come at a cost to marine animals such as oysters, clams, snails and coral polyps. All of these marine animals rely on alkaline seawater to provide them the building materials to form their shells.

A study that linked corrosive waters to mass die-offs of oyster larvae in the Pacific Northwest hatcheries prompted Gregoire and other officials to delve into the issue, which until now has mostly preoccupied a few hundred marine and atmospheric scientists.

Gregoire, whose term ends in January, proposed $3.3 million in next year’s budget to take initial steps to carry out 42 specific actions recommended by the blue-ribbon panel co-chaired by her chief of staff Jay Manning and former Environmental Protection AgencyAdministrator Bill Ruckelshaus.

At an event at the Seattle Aquarium, the governor said shellfish populations in the Hood Canal are recovering from a recent spike in acidity. Research shows shellfish struggle to form protective shells in more acidic waters.

She said great strides have been made in reducing the pollution in the Hood Canal, so much so that state fisheries officials have decided to reopen several shellfish beds that had been closed for decades.

“We stepped up to the challenge several years ago by enhancing our wastewater treatment plants along Hood Canal,” said Gregoire.

“We need to be an example to the rest of the globe,” said Gregoire. “We need to step up to the challenge at hand, we need to recognize the problems and we need to be more proud of what we’re doing in Washington state.”