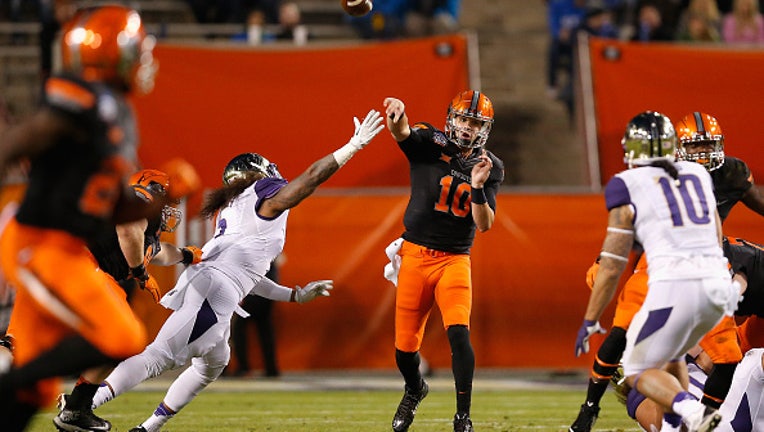 Quarterback Mason Rudolph #10 of the Oklahoma State Cowboys throws a pass during the first quarter of the TicketCity Cactus Bowl against the Washington Huskies at Sun Devil Stadium on January 2, 2015 in Tempe, Arizona. (Photo by Christian Petersen/Ge


Oklahoma State (7-6) built off its comeback victory over rival Oklahoma to earn a bowl berth, dominating Washington on both sides of the ball to take a 17-point halftime lead.

The Cowboys kept the Huskies' vaunted front seven from harassing Rudolph most of the night and the freshman was poised in his third career start, shrugging off three turnovers to hit 17 of 26 passes.

Defensive tackle James Castleman even got in on the offensive action with a 1-yard touchdown run and 48-yard reception.

Washington (8-6) stagnated offensively in the first half before finding a rhythm, but couldn't overcome the early deficit to close out coach Chris Petersen's first season with a loss.