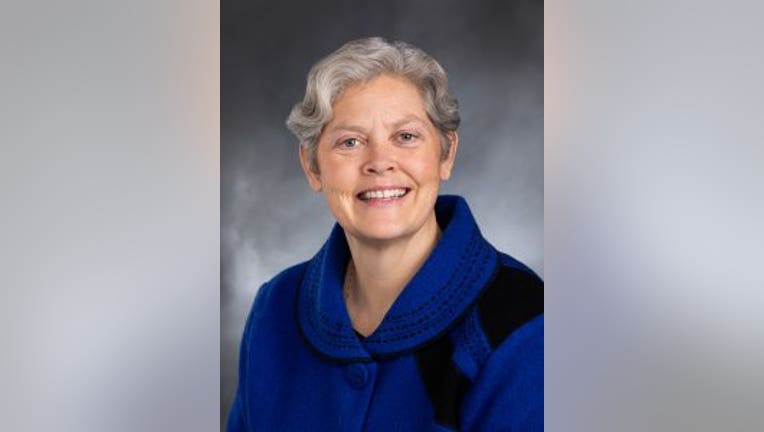 SEATAC, Wash. -- Democrats on Wednesday elected the first female speaker of the House in Washington state.

With the selection of state Rep. Laurie Jinkins of Tacoma, Washington becomes the eighth state to have a woman in the top spot in the House and is now the second state to have a gay speaker of the House, joining Oregon. According to the National Conference of State Legislatures, seven other states have female speakers of the House: Colorado, Iowa, Maine, Maryland, Minnesota, Oregon and Vermont.

"I'm really proud to be the first woman, the first out lesbian serving in this position," Jenkins said at a news conference after the vote. "I believe very, very strongly that the diversity of our caucus really more and more is representing the diversity of our state and helps us make better decisions for the people of this state. I'm proud to be a part of carrying that forward."

Jinkins, 54, was chosen after a caucus meeting and vote at a hotel conference room in SeaTac, Washington. She was one of four women representatives seek the top spot after Frank Chopp, the state's longest-serving speaker and the second longest serving speaker in the nation, announced he was stepping down from his leadership position but would remain in the Legislature.

Chopp, 66, became co-speaker of the House in 1999, sharing the gavel with Republican Clyde Ballard of East Wenatchee. Democrats won a special election in 2001, and Chopp was installed as speaker in 2002.

"This would be the first time in Washington state history that the House Democrats elected a speaker who is not a white male," said Rep. Eric Pettigrew of Seattle to cheers and applause. "We are very, very proud of that."

Jinkins was first elected in 2010 to represent the 27th legislative district. She's chairwoman of the House Civil Rights and Judiciary Committee and sits on the House Appropriations and Health Care and Wellness Committees. This year she was the main sponsor on a measure creating the nation's first program to help offset the costs of long-term care

Outside of the Legislature, she serves as a director at Tacoma-Pierce County Health Department.

Democratic Rep. John Lovick has been serving as the state's first African-American acting speaker since May, and will remain in that role until the speaker-designate is approved by the full House at the start of the 2020 legislative session in January.

Democrats hold a 57-41 majority in the House, and women — with 31 seats — hold a majority within the caucus.

Jinkins, surrounded by the entire caucus, thanked the three other women who were also on Wednesday's ballot: June Robinson of Everett, Gael Tarleton of Seattle and Monica Stonier of Vancouver.

"We all put ourselves forward and we all collaborated really well to make sure that we would stand together as a caucus no matter which one of us won this election," Jinkins said