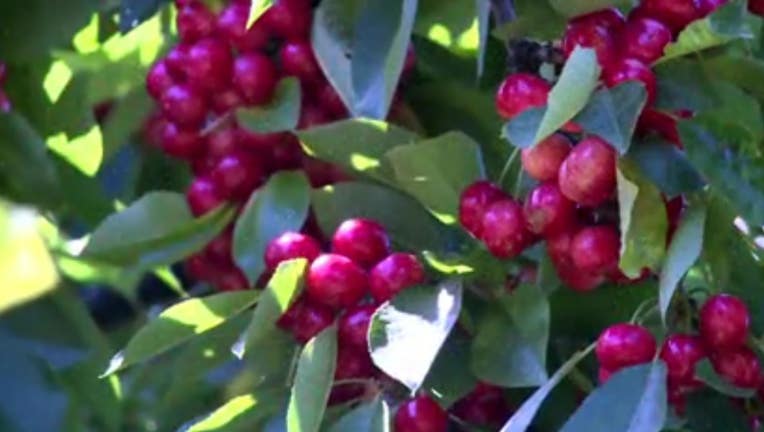 YAKIMA, Wash. - Orchardists in Central Washington are trying to save the cherry crop as a heat wave grips the region, using canopies, deploying sprinklers and sending out workers in the night to harvest cherries.

Temperatures are expected to exceed 100 degrees this week, with a predicted high near 115 degrees on Tuesday. The heat wave hit as Washington’s cherries are ripening, the Yakima Herald reported.

Cherry growers are moving 500,000 boxes a day, said B.J. Thurlby, president of the Washington State Fruit Commission. So far, the cherries appear to have good color and sugar, he said. This heat wave is a new experience, Thurlby said.

"We have not been in these waters before," Thurlby said. If the cherries get too hot, they will sunburn and dry out, he said.

There are strategies to take the edge off the heat. Sprinkler systems under cherry trees can, through evaporation, knock off 10 to 15 degrees from the air temperature around the fruit, Thurlby said.

But it’s not a foolproof solution.

Shade netting is also another strategy that orchardists use to combat heat and birds. The large polyethylene sheets can knock down temperatures 10 to 15 degrees as well as prevent sunburn on fruit.