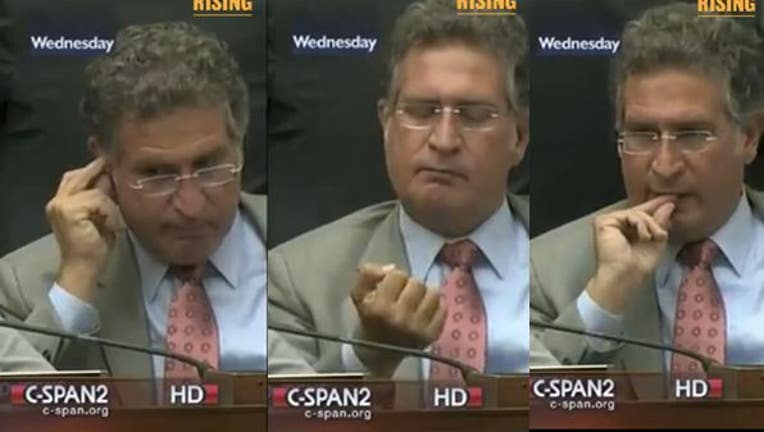 WASHINGTON, D.C. -  A Florida congressman is trying to explain himself after being spotted on C-SPAN picking his ear and then putting his finger in his mouth.

It all happened during a House Judiciary Committee meeting last week.  Florida democrat Rep. Joe Garcia  is seen seated behind Washington democrat Rep. Suzan DelBene (D-WA) while she is speaking.  As she continues he casually slides one finger into his ear, pulls it out, looks at it and then puts that finger into his mouth.

WATCH THE VIDEO BELOW AND DECIDE FOR YOURSELF: