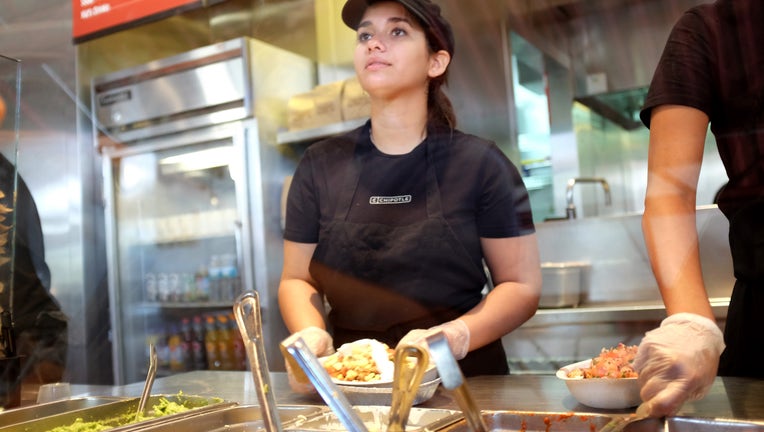 NEW YORK (AP) — Chipotle says it stopped serving pork at about a third of its restaurants after suspending a supplier that violated its standards.

Chris Arnold, a spokesman for the Mexican food chain, told The Associated Press it's the first time the company stopped serving a topping for its burritos and bowls. He said Chipotle learned of the violation by the supplier on Friday through a routine audit, and did not have a timeline for when carnitas would return to affected stores.

In New York City on Tuesday, a sign on the door of a Chipotle location stated, "SORRY, NO CARNITAS."

Arnold declined to specify the nature of the supplier's violation. But with pork, he said the most notable demand Chipotle makes of its suppliers is that pigs are raised in humane conditions.