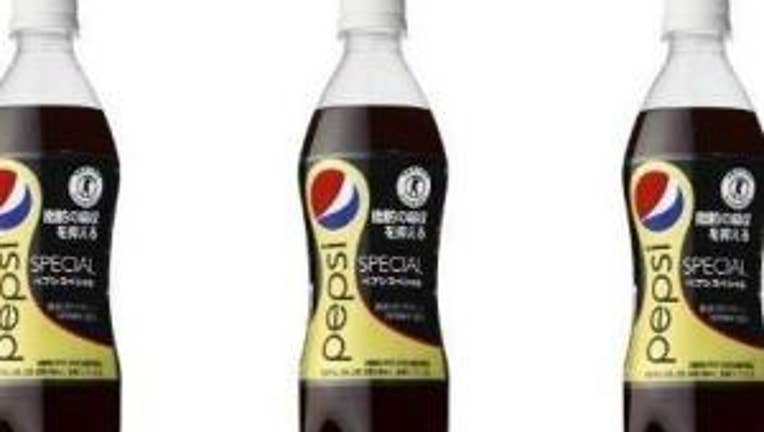 You've heard of diet soda. Try this on for size.

Pepsi-Cola in Japan is unveiling a fiber-infused drink, Pepsi Special, that contains dextrin, a fiber that distributor Suntory claims will help reduce fat levels in the body.

That's right: Soda pop that actually battles obesity. Or so it's claimed.

Pepsi Special isn't the first dextrin-enhanced drink in Japan. There's also Kirin Mets Cola, which doesn't in fact have anything to do with a certain New York baseball team.

The Japanese government says these beverages are "food for specific health use," based on work by Japanese researchers showing that rats fed dextrin and fat at the same time absorbed less of the fat than those that ate fat without dextrin.

Kirin's website says the cola is targeted toward health-conscious men in their 30s and older -- so-called "salarymen" who may often feel like lab rats (trust me on this: I used to live in Tokyo).

Kirin has been selling its Mets drink with a commercial implying that guys can eat all the burgers and pizza they like, thanks to the miracle of dextrin.

Here's the thing: If people think they can lose weight by drinking beverages like Pepsi Special, they'll probably drink more Pepsi Special. What does that mean? It means more calories. And guess what? That means you'll almost certainly gain weight.

P.T. Barnum would have had a field day with this stuff.