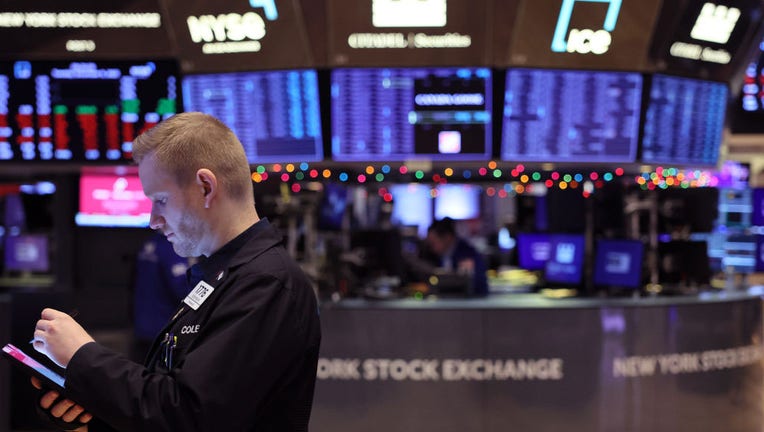 NEW YORK - The worst may be yet to come for the stock market.

Wall Street's mini-rebound since mid-October has recovered some of the index's sharp losses from the first 10 months of the year. It closed Monday a shade below 4,000, up more than 10% since its bottom two months earlier.

Many analysts expect stocks to end 2023 at least around this range, if not a bit higher, after the Federal Reserve finally stops hiking interest rates in order to get high inflation under control. But before getting to that endpoint, much of Wall Street is also forecasting stock prices to fall sharply in the interim.

RELATED: How Federal Reserve’s series of rate hikes could affect your finances

Consider Morgan Stanley, which says the S&P 500 could drop all the way to a range between 3,000 and 3,300 during the first three months of the new year. That would mean it loses up to a quarter of its value from Monday’s closing level. The low end of that range would also be 37.5% below the record set in early 2022.

The reason for the bank's pessimism is that its strategists forecast much weaker corporate profits than the rest of Wall Street. On the revenue side, businesses are feeling the pressure as manufacturing and other areas of the economy are weakening. At the same time, Morgan Stanley says profits will get squeezed on the other end by higher wage costs after businesses had to give workers raises.

The Federal Reserve reinforced its inflation fight by raising its key interest rate for the seventh time this year and signaling more hikes to come. But the Fed announced a smaller hike than it had in its past four meetings at a time when inflation is showing signs of easing. The Fed boosted its benchmark rate a half-point to a range of 4.25% to 4.5%, its highest level in 15 years. Economist Michael Szanto joins LiveNOW from FOX's Andy Mac to talk about the interest rate increase.

Corporate profits will likely be coming off record levels from 2022, which helped companies return more cash to investors through dividends and stock buybacks.

To be sure, the strategists led by Michael Wilson say the S&P 500 could end 2023 at 3,900 if things go mostly as they expect, not far from its current level.

Strategists at Goldman Sachs also forecast a trough during the first half of the year, possibly at 3,600. That would mark a nearly 10% drop from Monday’s close, and it’s based on Goldman Sachs’ expectation that the economy can avoid a recession.

If the economy does contract as many on Wall Street expect, Goldman strategists led by David Kostin said the S&P 500 could fall all the way to 3,100.

At Deutsche Bank, strategists see the U.S. economy falling into a recession in the second half of 2023. That could pull the S&P 500 down to 3,250 before it hits bottom about halfway through the recession, which the German bank sees lasting the last six months of the year. Then, the S&P 500 could end the year as high as 4,500 if stocks follow their typical playbook around recessions, say the strategists led by Binky Chadha.

RELATED: US inflation slowed to 7.1% over past 12 months