ASHBURN, Va. – A Virginia waitress says she was stunned after receiving a racist message on the bottom of a check Saturday morning.

Kelly Carter, a server at Anita’s New Mexico Style Café in Ashburn, said that the couple seemed friendly, so she was totally taken back. 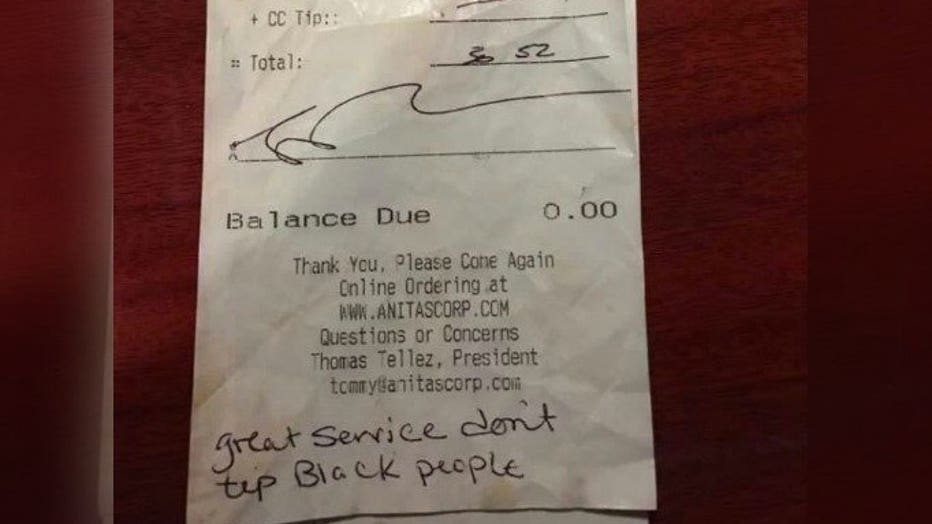 “The message that I would like for them to get is that they did not hurt me, they did not damage me, they only made me stronger,” Carter said of the offensive note.

Thomas Tellez and his family have owned Anita’s for 40 years, and said they have never seen anything like this.

“I was speechless, especially with it being Kelly. Out of the eight restaurants we have, 240 employees, she is top 10 with loyalty and customer service,” said the restaurant owner. 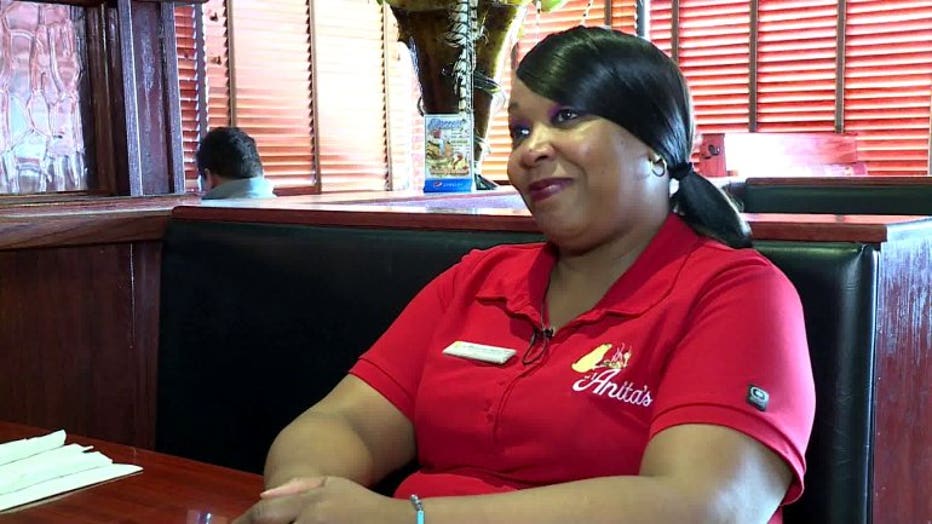 Despite not receiving a tip and receiving a hateful message Carter said if the customers came back in the restaurant she would serve them again.

After the receipt was posted on social media, the Loudoun County NAACP shared the picture on Twitter saying, “Hatred will not be tolerated and we will not keep quiet.”