KANSAS CITY, Mo. -- A waiter at a bar in Kansas City posted an ad on Craigslist in an attempt to find two customers who walked out on their tabs without paying.

The ad, which Stephen O’Laughlin originally posted to Craigslist under “missed connections,” describes the female customers, the guys they were with and the drinks they bought yet failed to pay for.

The ad also includes a picture of the women's empty glasses and their unpaid tabs. 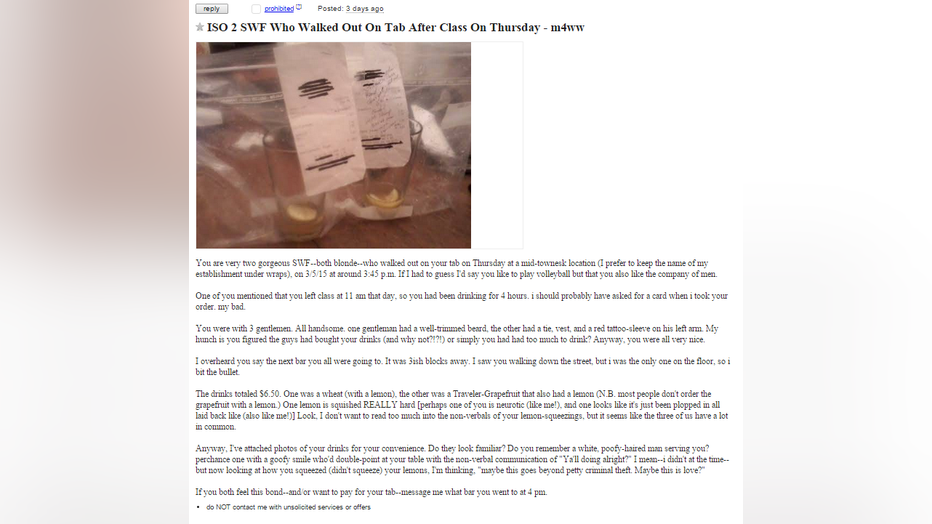 While the tab was less than $7, O’Laughlin tells WDAF it was about the principle.

“There are so many waiters and bartenders in the world. It happens to so many people at some point and I feel like it's a story a lot of waiters can relate to,” O’Laughlin said.

The ad was picked up by a popular server website and has been shared and liked dozens of times on social media.

O’Laughlin says he looks forward to seeing the women again when they return to pay for their drinks.