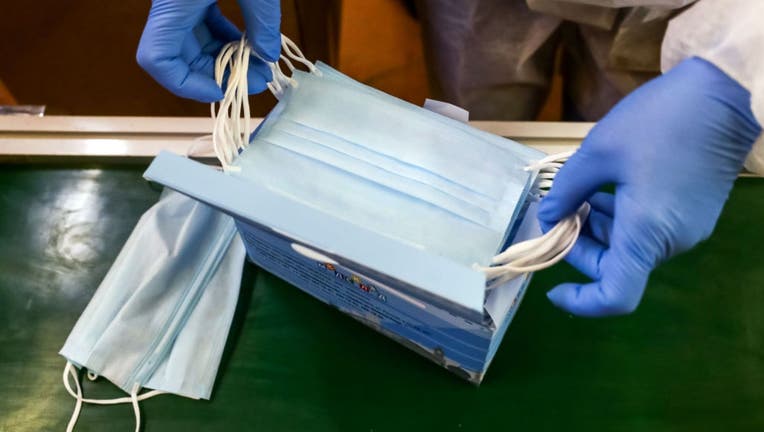 PASCO, Wash. - The regular meeting of the Franklin, Washington, County commissioners disintegrated into a rally against the state’s mask mandate, with one commissioner walking out in protest.

The mandate reinstated Monday to curb the surging number of COVID-19 cases and deaths requires people to wear masks inside public buildings. The Tri-City Herald reports Franklin County Commissioner Clint Didier, along with dozens of audience members, came to the Tuesday meeting without a mask and refused to put one on.

Franklin County Prosecutor Shawn Sant explained to Didier and fellow commissioners Brad Peck and Rocky Mullen that the action could result in a lawsuit by the state and would cause the meeting to be considered "illegal." That means any actions they took at the meeting could be voided.

Didier refused to comply, prompting Peck to walk out of the session at the county courthouse to the applause and jeers of some people in the room.

In the end, Mullen said they needed to delay dealing with items on their agenda, including a hearing on a land use permit that was scheduled for the day. While he said he didn’t agree with Gov. Jay Inslee’s mandate, he also wanted to make sure that they weren’t opening up the county for legal action.

Didier had promised Monday he was going to come to the meeting without a mask, saying that he was willing to risk being charged with a gross misdemeanor and potentially removed from office.

"Our founding fathers recognized that our unalienable rights were given to us by our creator, God. That which God has granted us, no man, no government, no governor and no president can take away," Didier said in a video on his Facebook page. "Therefore I’m asking all men who will stand with me."

The announcement brought a standing-room-only crowd to the commission meeting room.

"I know the Legislature supposedly gave him this authority," said, Didier, a former NFL player and unsuccessful Republican candidate for the U.S. House.

The meeting barely began before Peck challenged Didier, saying he was not going to participate in a meeting where the governor’s emergency order was being violated.

Peck pointed out the protest could invalidate any decision the commissioners made. Before he left, he pointed out that the Legislature refused to address the governor’s emergency powers during the most recent session.

"Whether you like the governor, personally I’m not a fan, it is very clear that the state Legislature, including Rep. (Brad) Klippert standing here, voted 99 percent yes, both parties, to give him that power," Peck said. "He’s exercising the power that the Legislature, of our representative republic, gave him."