GRAPEVINE, Texas — Protesters in Boy Scout uniforms staked out sides of a resort-lined street in this Dallas suburb where national Scouting leaders were meeting Wednesday to consider lifting the ban on gay Scouts.


On one side, handmade signs cried "Save our Scouts" and "Boy Scouts morally straight." Inside a hotel on the other side, signs called for "Inclusive Scouting" and "Scouting for all."

Even after the highly anticipated vote by the Boy Scout national council Thursday, the battle over gays in Scouting will be far from over, both sides vowed.

The largest religious sponsor of Scout troops, the Church of Jesus Christ of Latter-day Saints, and others have issued statements supporting a compromise proposal that would allow gay Scouts but still ban gay adults from participating in Scouting. 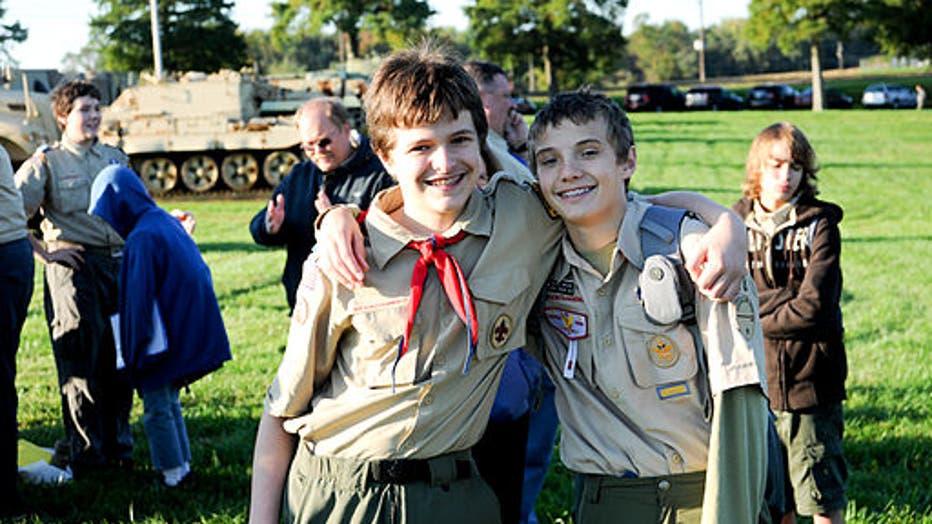 Supporters of the ban on gay Scouts said that lifting it would undercut the group's moral foundation.

"They're caving," said Suzanne Orr, 43, of Fort Worth, who brought her two teenage sons in Scout uniforms to protest with about 50 others.

If the proposal passes as expected, some troops and the religious groups that sponsor them will withdraw from the national organization, they have said — a dangerous possibility for a group whose membership has decreased by nearly 19% during the last decade, according to the most recent figures from 2011.

Orr said that her troop leaders planned to meet to discuss what to do but that nationwide "there will be a huge loss of membership and revenue." About 70% of troops are sponsored by religious groups, and the ban is backed by the Southern Baptist Convention, Family Research Council and other conservative religious organizations.