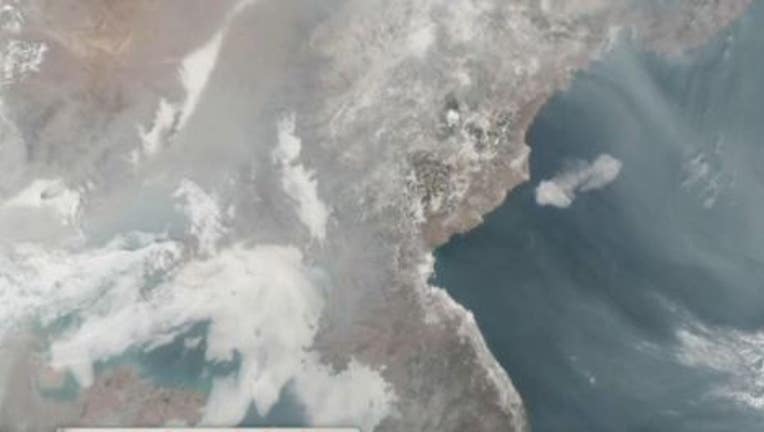 (CNN) -- You -- the person now reading this story -- can help experts solve the mystery of what happened to Malaysia Airlines Flight 370, which disappeared after taking off early Saturday from Kuala Lumpur, Malaysia.

In fact, thousands of aspiring good Samaritans are volunteering their time to scour part of the plane's search zone, using detailed satellite images posted online by DigitalGlobe, a Colorado firm that owns one of the world's most advanced commercial satellite networks.

So many volunteers have joined the effort that the firm's website -- with its pinpoint pictures of everything floating in the ocean -- has crashed.

It is a busy week for "crowdsourcing," the Internet phenomenon where information is gathered from John and Jane Q. Public -- people like you -- and from your social media postings.

"This is a real needle-in-the-haystack problem, except the haystack is in the middle of the ocean," Luke Barrington of DigitalGlobe told CNN affiliate KMGH. "I will ask you to mark anything that looks interesting, any signs of wreckage or life rafts."

DigitalGlobe's satellite photos taken 400 miles above the Gulf of Thailand can capture a detail as small as a home plate. The challenge is finding the manpower to scour 1,235 square miles of such images on one of DigitalGlobe's websites, Tomnod.com -- with more pictures to be posted this week from satellites above the Strait of Malacca, said Abby Van Uum, an Edelman publicist retained by DigitalGlobe.

That's where "crowdsourcing" comes in.

"In many cases, the areas covered are so large, or the things we're looking for are so hard to find, that without the help of hundreds of thousands of people online, we'd never be able to find them," Barrington said.

One volunteer, Mike Seberger, 43, found a fascinating image in a matter of minutes: the silhouette in the ocean has the scale of a Boeing 777-200, the same model of Malaysia Airlines Flight 370.

His discovery can be seen on his CNN iReport page, which is also a form of crowdsourcing used by CNN.

DigitalGlobe and tomrod.com offer their satellite photos of ocean in crowdsourcing effort.

"At first, I skipped past it, thinking, 'Nah. No way I would find anything that quickly,' " Seberger told CNN on Tuesday. "But then I kept scrolling back to it and thinking to myself, 'It does resemble a plane....'

"I played with the zoom on my browser a bit, and took a screenshot at 200%, which is what I uploaded" to CNN iReport, said Seberger, a manager of information technology in the Chicago area.

But Seberger does have his doubts: "Looking at it objectively, the shape of 'my' object appears plane-like and the dimensions are consistent with a 777-200. That said, I feel it is more likely to be a boat."

DigitalGlobe and the Tomnod.com website officials have yet to respond to his flagging of the curious image.

"Their site is getting slammed, apparently, because about half the time that I try to access it, I get an error page, and sometimes even though I log in, no map loads," Seberger said Tuesday. "The site got slammed like healthcare.gov."

Company officials weren't available to respond to CNN's requests for a comment Tuesday.