PORT ORCHARD, Wash. -- In the midst of the major cleanup after an EF-2 tornado in Port Orchard you’ll find true community spirit.

“We want to help everybody who doesn’t have power or the crews that have been out here for hours and hours and we’ll be out here for a while until they’re done with their services,” said Wave Broadband employees Raphael Carlo & Myesha Mosley. 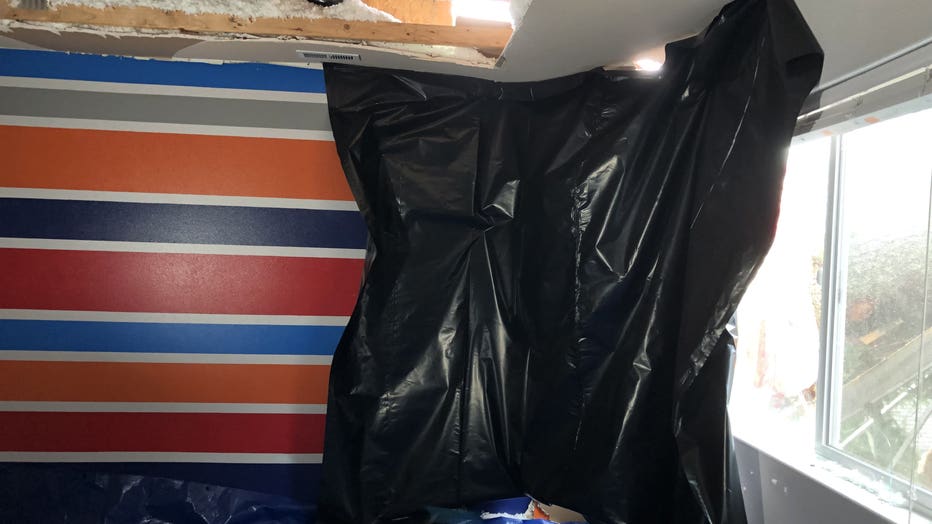 The homeowners hardest hit will need all the help they can get.

“This is not Kansas, I mean you don’t expect this,” said homeowner Kevin Futrell.

After living in Topeka, Kansas for years, Futrell says he never expected to get a frightening call from his wife.

“She says she was running as fast as she could from the trees. It was pretty powerful.  When she called me, it sounded like she outran a bear,” said Futrell.

Kevin came home to a disaster of a home with damage in nearly all the upstairs bedrooms where his three kids sleep.  The kids were at school during the tornado and now they’re in Portland with relatives.  They’re safe from all the cleanup efforts.

First, crews are removing large trees that slammed against homes.

“I’m just gonna get up there and cut them and the big machine will lift them right off the roof,” said Highline Tree Removal Owner and Operator Billy Herdman.

It’s a giant mess only giant equipment can clean up.

“It’s just a catastrophe is what it is,” said Herdman.

But in the midst of chaos there is always opportunity.

“I’m doing free window and door board ups right now. If you’ve got a big hole in there, we’ll just come and get it boarded up,” said Beary.

It’s a service that could cost about $500 for just two months.  Just down the road, another business is offering free services.

“They lost their whole fence out of their backyard they had nowhere to keep him,” said The Groomery Owner Tracie Penland.

The Groomery is offering free pet boarding to affected families.

“We just put them in a crate, we put it where it's quiet, not a lot of bright lights, commotion,” said Penland.

We know there are other businesses offering free help to tornado victims including a contractor who’s offering free labor.  The Kitsap School District is also doing a clothing drive.