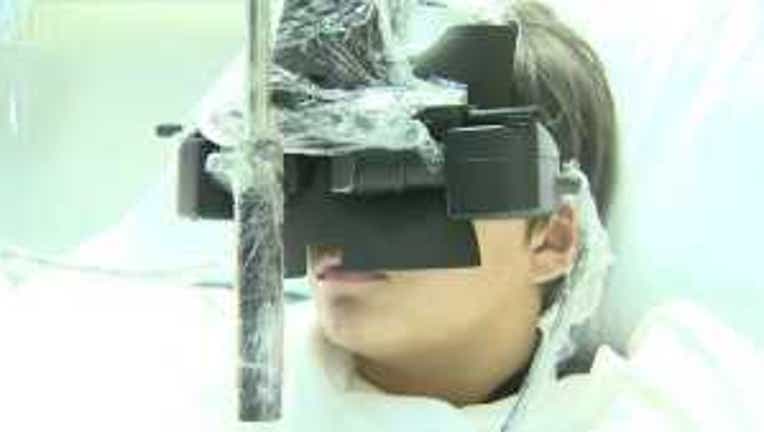 SEATTLE -- University of Washington researchers have developed a new pain-management tool for patients undergoing agonizing medical treatments: A virtual-reality video game that is reducing the need for potent narcotics.

“When you put it on, it`s like you go into your own virtual world and just play; it`s actually quite fun,” said James Morales, a boy who used the game while being treated for burns over nearly 60 percent of his body at Seattle's Harborview Medical Center. “The burns when I first came in hurt really bad.”

“There`s a long line of research that distraction, anywhere from doing math problems to watching movies, that all of it can take the edge off of pain. But this is a very elaborate type of distraction and it`s working levels beyond what typical distraction would do,” Patterson said.

In the game, patients in a virtual-reality arctic environment shoot snowballs at penguins, mastodons, snowmen and even fish. “You`re distracted and it just gets rid of the pain,” James said.

“Sometimes, especially children, get a little anxious when I'm about to start stretching where they`re hurting, and so it allows them to be distracted and just be a little less anxious ... and then I tell them afterwards how much range I achieved and it kind of gives them more confidence,” Hoffman said.

In tests, the game decreases a patient’s pain and the need for strong narcotic medications.  It also helps to improve a patients overall rehab and state of mind.

James said, “I never knew that a video game could help you with your pain, when you`re doing stuff, it`s weird.”

Military burn centers have been collaborating with Patterson and Hunter Hoffman to test “Snow World” in the treatment of combat burns. That research has shown not only that patients report less pain while playing “Snow World,” but that MRI scans show the game reduces the brain's pain signals.