Alex Childress was working a landscaping job clearing vegetation near Spotsylvania on Tuesday when he felt intense burns originally thought to be caused by a sunburn.

Childress' father, Justin, said they later discovered his pain was caused by a brief encounter with sap from the Giant Hogweed plant.

"Alex continued working throughout the day once he got it on his face," Justin told WTVR. "When he got home he got into the shower and the skin on his face was basically peeling away and peeling off." 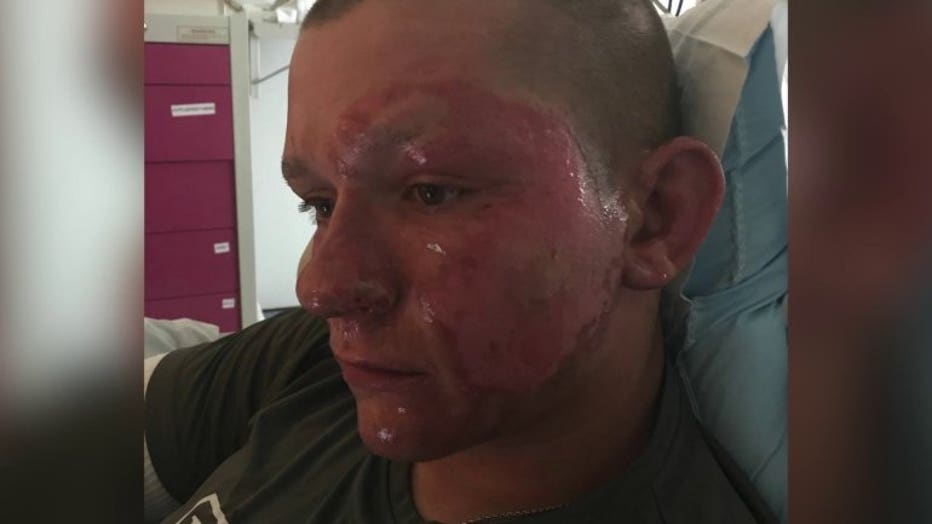 Giant Hogweed is an invasive plant that can cause third-degree burns and permanent blindness now found in Virginia, according to researchers at the Massey Herbarium at Virginia Tech.

Contact with the plant’s sap, in combination with sun exposure, can lead to those extreme conditions.

The teenager was first sent to Spotsylvania Regional Medical Center, but doctors determined his injuries could best be treated at the Burn Center at VCU Medical Center.

"It’s a traumatic experience, but Alex is a tough kid," his father said. "I just don’t say it because he’s my kid, but he’s one of the toughest kids that I've ever seen." 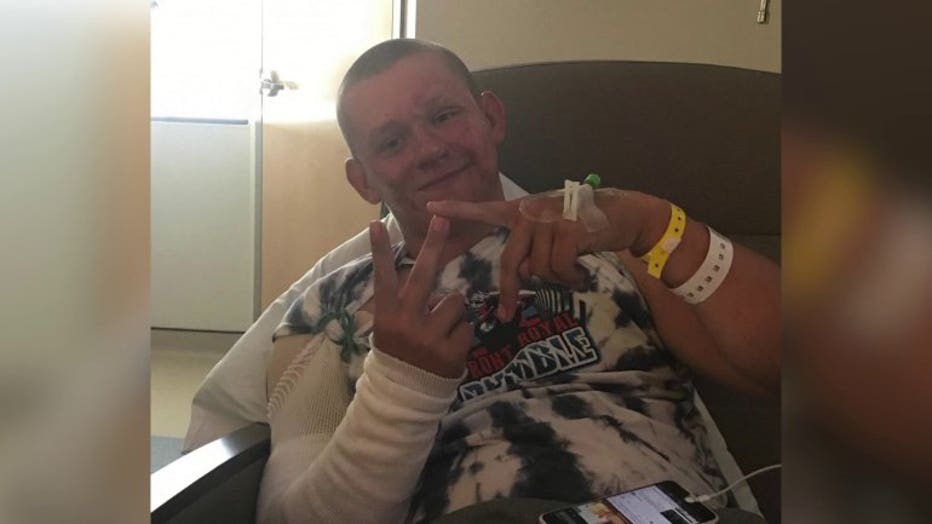 Justin Childress said his son had overcome a bad football injury to become successful in track and wrestling at Spotsylvania High School.

Alex was given a full-ride scholarship to Virginia Tech with plans to enroll in the Corps of Cadets in the fall. However, the teen's injuries may derail those plans.

"He was supposed to move-in this August," Justin stated. "But that may have to be deferred at this point until Alex can get a medical waiver from his doctor as far as physical activity."

The Giant Hogweed plant can not only pose a threat to your skin, but it can also impact the environment. It can grow up to 14 feet, deeply shading areas and inhibiting the growth of native species. 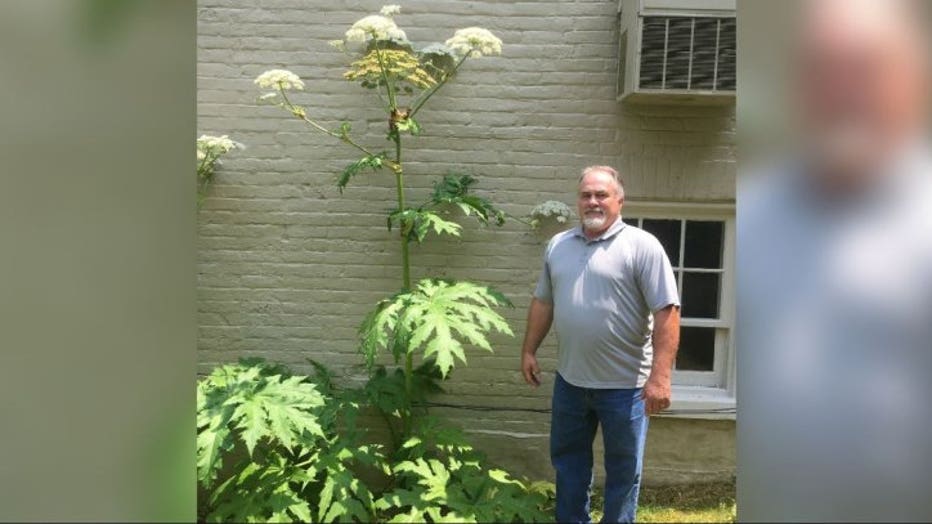 The plant’s hollow stems are generally two to four inches in diameter, with dark purple and red raised spots and bristle-like hairs. The umbrella-shaped white floral blooms grow up to two and a half feet wide.

The plant can easily be mistaken for other harmless plants, such as Queen Anne’s Lace and Cow Parsnip.

The Childress' hoped others can learn from their son's injuries to be on the lookout for this invasive plant.

If you wish to remove the plant, do not use a weed-whacker. This will cause the plant’s sap to splatter and spread quickly.  Eradication should be done by physical removal or using herbicides such as glyphosate or triclopyr. Read more about removal here.

The Childress family has set up a GoFundMe page to help in Alex’s recovery.