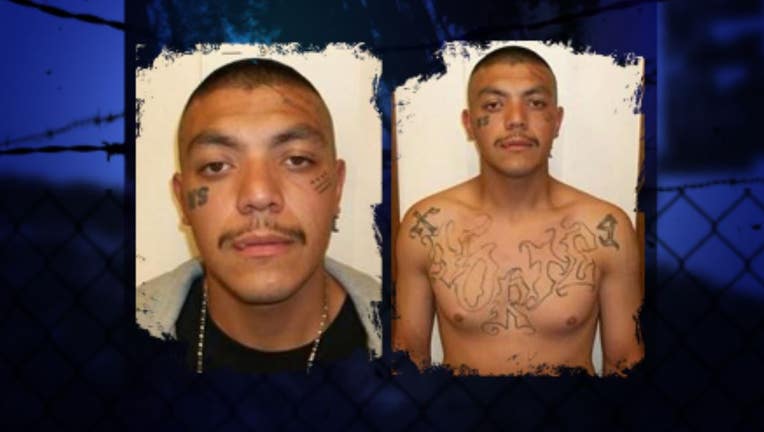 FUGITIVE CAPTURED March 22, 2016 --
Scott Lopez, a.k.a. ‘Crazy Tank' was arrested in the parking lot of the Wildhorse Resort and Casino in Pendleton, Oregon on Tuesday.

He was booked into the Umatilla County Jail and is being held without bail.

FUGITIVE WANTED BY DOC IN YAKIMA COUNTY February 26, 2016 --
The Pacific Northwest Violent Offender Task Force in Yakima is on the hunt for a violent gang member whose street name is ‘Crazy Tank.’

He's a ‘High-Violent Offender’ who's breaking probation in Yakima County on convictions for domestic violence assault and unlawful imprisonment.

He's inked with tattoos all over his body, including ‘Norte’ across his chest and the letters N and S on his right cheek.

The task force says he has ties to Yakima County and the Moses Lake/Soap Lake areas of Grant County.