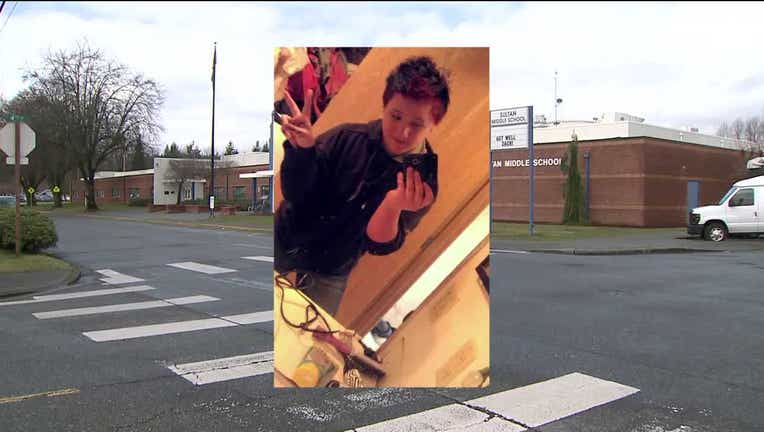 SULTAN, Wash. -- A 13-year-old boy who attempted suicide, remained in the hospital Sunday evening while close to 200 people held a  candlelight vigil that included teachers, students, friends, the school's superintendent and the mayor.

For many who gathered Sunday, the vigil is a show of solidarity and support for Zack. Rather than try to place blame or focus on why Zack tried to take his life, the focus was on how this can be prevented in the future.

It was an overflow crowd at the Sultan gazebo as hundreds of people came to be part of a solution to the problem of hopelessness that often leads to suicide and attempted suicide.

"He used to say, all I want to do it be happy -- it was hard for him. He usually acted like he was really happy, but then at some point when I was talking to him he would kind of break down about it,” said Zack’s best friend Emily Beach.

Beach knows Zack better than most.

She said he's a vibrant, enthusiastic young man who likes to dye his hair and marched to the beat of his own drum and that he was a unique and very special person.

"Me and my friends just wished he had talked to us about it more because we would have tried to help him,” Beach said.

She said Zack has been bullied since grade school, but it has escalated in the past two years and she said she thinks the pressure became too much to bear.

"We need to get better at knowing what kids are dealing with, knowing how to help them and knowing when and how to intervene at the appropriate times,” Sultan School Superintendent Dan Chaplik said.

Chaplik said Zack has great relationships with teachers and staff and talked to them regularly, but never mentioned anything about bullying.

Parents said that kids suffering in silence is the problem and that communication is the solution because no one knows something is wrong unless someone speaks up.

"Everyone misses him at school. It's not the same without Zack,” she said.

Students here are being encouraged to talk. Talk to friends, parents, siblings, teachers, just talk to someone and let them know if there are problems and you need help.