SEATTLE - This is an emotional week for us at Q13 News as a longtime member of our team is moving to Arizona to be closer to family.

Chief Meteorologist Walter Kelley has been at KCPQ since the station launched news back in 1997.

In the last 23 years, Walter has built a special relationship with our viewers, so they connected with him to wish him farewell.

Thanks to videoconferencing, Walter had hundreds of viewers stop by to chat.

"We are huge, huge, Walter fans in our house,” said Kristin from Poulsbo. "Thank you for your awesome weather reports and your fun personality.”

“I love your passion," viewer Melissa said. "Your personality.”

Walter opened up about his kids when one viewer, Amber, shared a story about meeting him as a kid.

“I have just adored Walter so much," Amber said “He came to my high school and after that, I got to come to the morning show on Q with Sam, Shane and all those guys ... I’m devastated by this. I’m really going to miss Walter Kelley.”

We got to relive memorable "Walter" moments -- like when the power went out at the station and Walter pressed on with the forecast.

“You were just drawing happy faces or rain on cardboard signs and holding those up," a viewer said.

"That was truly one of the most unique nights I’ve ever been on the air," said Walter.

“You have such a great sense of humor," said viewer Carlie from North Bend. "And you bring such lightness to the news, which can sometimes be really dark and sad.”

“Just the weather alone can be glum," said Walter. "But the world news can be so tough. Just find the light rays. They're out there.”

Thank you, Walter, for using your time in Seattle not only to bring us the weather but to brighten our days.

“Again, thank you and you’re going to be missed.”

"Live long and prosper everybody," Walter said with a laugh. 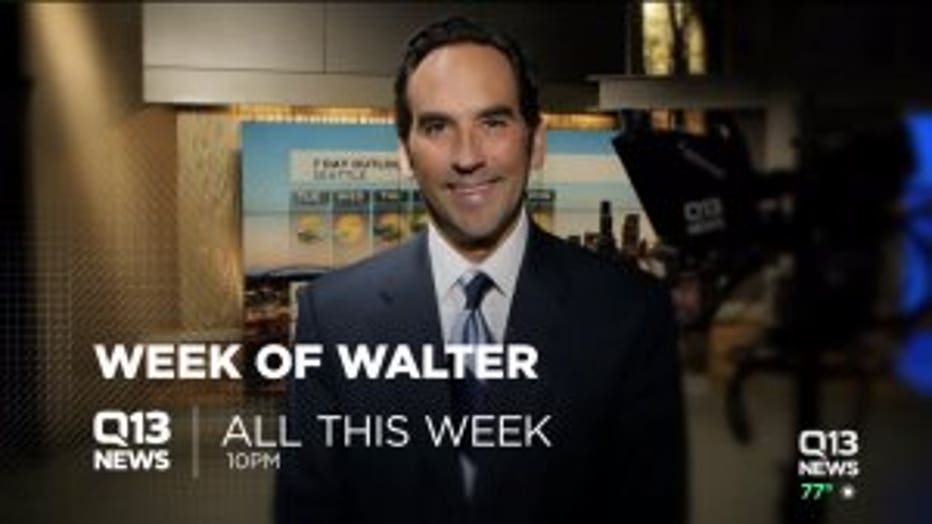