While in prison, Austin decided to take advantage of the drug treatment programs and also went to school to learn how to work on HVAC systems. Upon being released from prison, he got a job in just three days working on HVAC. He has since left that field and has a new career, his own house, owns a car, is in a relationship and is living his best life! Last week, Sgt. DeWitt and Austin met up at MOD pizza in Lake Stevens to catch up. Sgt. DeWitt gave him a challenge coin for his accomplishments and challenged him to keep living his life right! Austin bought Sgt. DeWitt’s lunch as a thank you.

Austin – your story and determination is very inspiring, thank you for letting us share it with the community! You’ve accomplished so much, keep up the amazing work!" 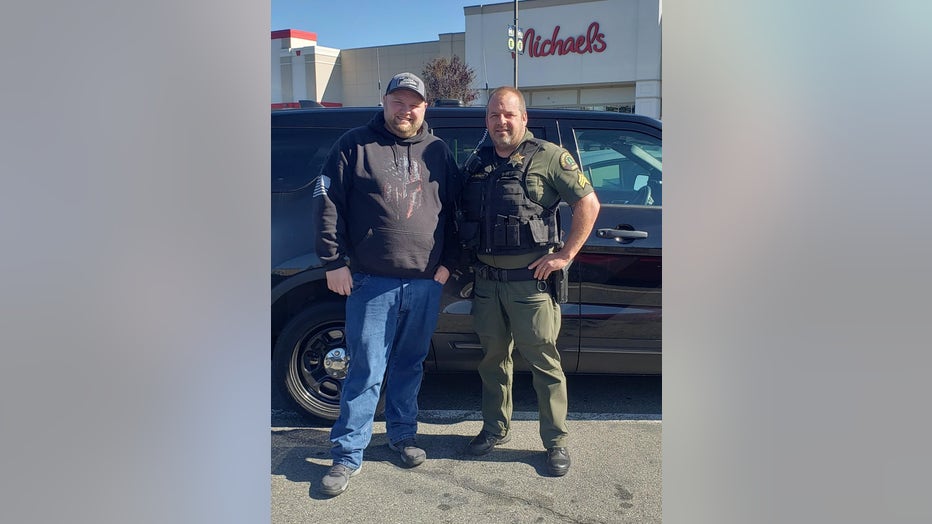 After this story aired on the hunt for Snohomish County property thief John Summers, a Q13 FOX viewer called Crime Stoppers with a tip placing him at an apartment in Marysville.

The Snohomish County Drug and Gang Task Force found him hiding in a bathroom.

Det. Glenn DeWitt says when Summers heard the K-9 outside his door, he quickly came crawling out and surrendered because he didn’t want to get bitten.

Police on alert for prolific property thief in Snohomish County

Police are warning people in Snohomish County about a prolific property thief.

Officers are searching for Jon 'Austin' Summers, a career criminal who police say seems to be back to his old ways.

Police say Summers is dangerous, even threatening suicide by cop. His case filed is growing by the day and investigators want him off the street as soon as possible.

Detectives believe Summers stole Tonya Ota's top of the line bike as she shopped at the outlets last month in Marysville.

"We were just vacationing you know it was a vacation that cost me over 5 grand just for my bike, so yea it is very frustrating," said Ota.

"Chainsaws, generators, weed eaters, any kind of power equipment that he can easily take off the back of the truck or an RV," said Det. Glenn Dewitt with the North Snohomish County Property Crimes Unit. "The amount of crimes he is committing the ones that we know of is getting out of control."

In the last few months, Det. Dewitt has linked Summers to six different thefts, and at least a dozen more fit his "MO."

Just last week, Arlington police closed in on Summers at a gas station, but he took off speeding north on I-5 in his 1989 Ford F-150.

Summers is wanted by the Department of Corrections after violating probation. Investigators say he has ties to Marysville and uses his relatives to sell stolen goods.

Jon Summers is white, with short red hair and a beard. He is about 6' tall, 280 pounds with tattoos on both arms.

If you have any information, you are asked to call 9-1-1. 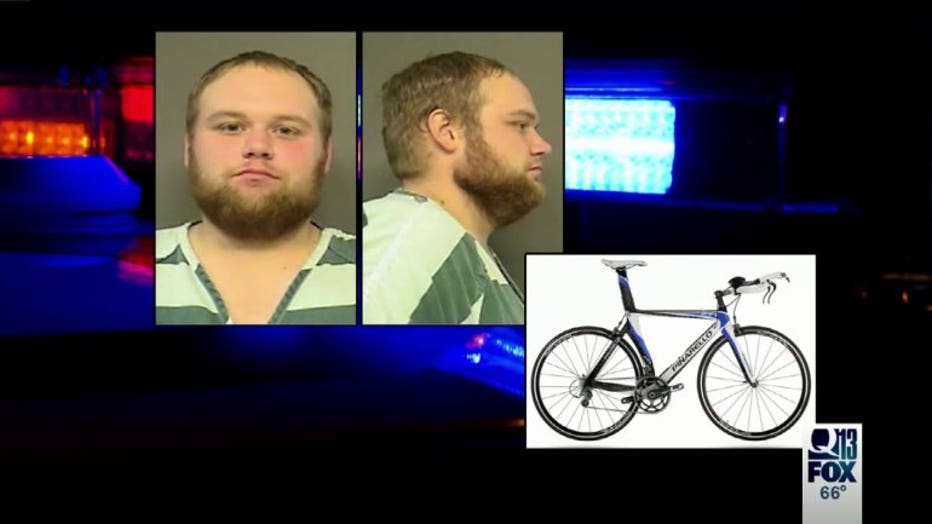