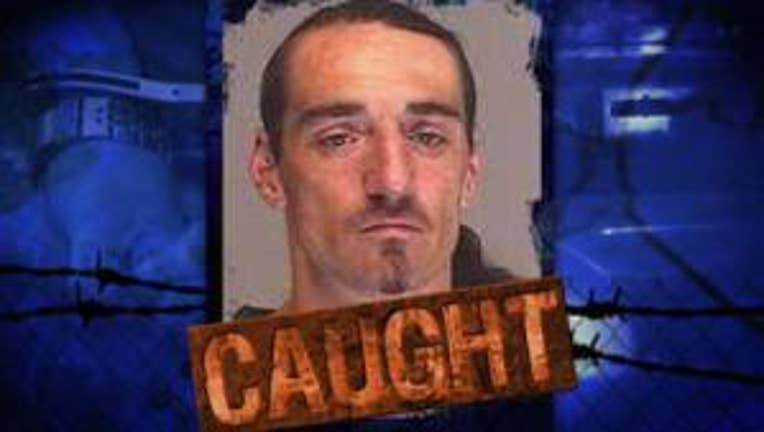 On Tuesday, Washington's Most Wanted Host, David Rose, received a phone call from a WMW viewer saying they knew where violent ex-con James Brock was hiding in Spokane. He advised the tipster to call the Crime Stoppers of the Inland Northwest hotline, and gave him the phone number. To be eligible for the cash reward for a fugitive's arrest, viewers must call Crime Stoppers with the information. The tipster promised he would call right away. On Wednesday, we learned Spokane police acted on the Crime Stoppers tip, and arrested James Brock late last night at the location given by the tipster. We featured him on Washington’s Most Wanted on October 13th on MyFOX Spokane. Brock's capture is another great example of the partnership between citizens, WMW, Crime Stoppers of the Inland Northwest and Spokane police. ---ORIGINAL CASE 10/12/12--- Police say that James Brock is a violent ex-con on the run in Spokane County. A repeat offender, Brock was put behind bars for horribly beating a homeless man in the head and nearly killing him. Brock's known to live homeless as well, making it even easier for him to hide and harder for the law to track him down. On top of the assault of the homeless man, he's got a ton of other convictions filling his 23-year-long rap sheet, including burglary, theft, stealing a car and obstruction. Now, the Department of Corrections wants him for escape. James Brock is 34-years-old. Help police get this violent, repeat offender back behind bars in Spokane, by calling in an anonymous tip to Crime Stoppers at 800-222-TIPS.  You must call the Crime Stoppers hotline with your tip to be eligible to receive any cash reward for information leading to a fugitive’s arrest. Click here for information on how to text a tip to Crime Stoppers.