TUKWILA, Wash. -- This coming weekend, thousands will gather for the dedication of a new Vietnam Veterans Memorial Park in Tukwila.

Vietnam veterans led the effort to create the lasting tribute.

The centerpiece of the new memorial park is a B-52 bomber. It played a big role in the Vietnam War. Local veterans launched a mission several years ago to save it, with hopes of creating something lasting and meaningful to tell the story of the war and those who fought it.

“It’s hard to believe at 24 years old I was actually flying one of those things,” said Jim Farmer, a Vietnam veteran from Bellevue who co-piloted B-52's during the Vietnam War.

“I have all kinds of good stories," Farmer continued. "Most of which are best told over a martini or two.” 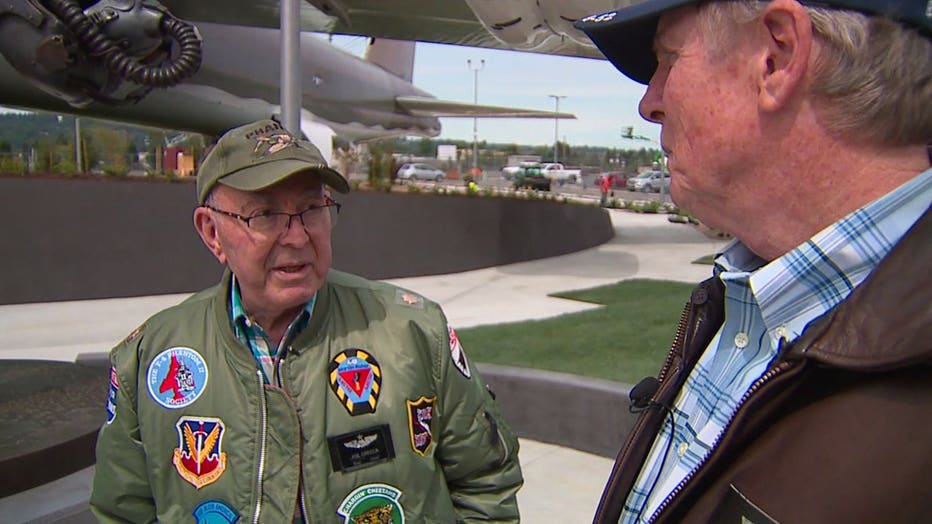 POW Joe Crecca and retired B-52 pilot Jim Farmer talk about the mission to free 591 American POWs in Vietnam.

His best story is about his last mission, Operations Linebacker II in December of 1972, which got the North Vietnamese back to the negotiating table. It lead to the release of 591 American POWs, including Joe Crecca of North Bend.

Crecca had been shot down and captured while piloting an F-4 Phantom fighter jet. He spent more than more than six years in the infamous prison camp known as the Hanoi Hilton, at times in a cell next to Senator John McCain.

“If it wasn’t’ for you guys, I wouldn’t be here,” Crecca said to Farmer about the mission that led to his release.

For more than 26 years, a B-52 bomber nicknamed the Midnight Express sat at Everett's Paine Field, mostly untouched, clearly underappreciated. It was owned by The Museum of Flight, but restoring a bomber this big was too expensive and cost prohibitive. That's when Farmer, who's on the museum's board of trustees, started rallying the troops-- in this case, his fellow Vietnam veterans.

“We decided, it just can’t sit here." Farmer said. "And that’s when we decided to start Project Welcome Home.”

Call it a new mission, backed by the original crew that flew the Midnight Express, other Vietnam veterans, and The Museum of Flight.

With the help of private donations, powered in part by volunteers, they restored the old bomber to its former glory.

Last year, the 170-foot fuselage and wings rolled down I-5, landing at it’s final resting place, The Museum of
Flight.

"Well if you had gotten your courage up, you could have flown it down here,” Crecca said jokingly to Farmer. 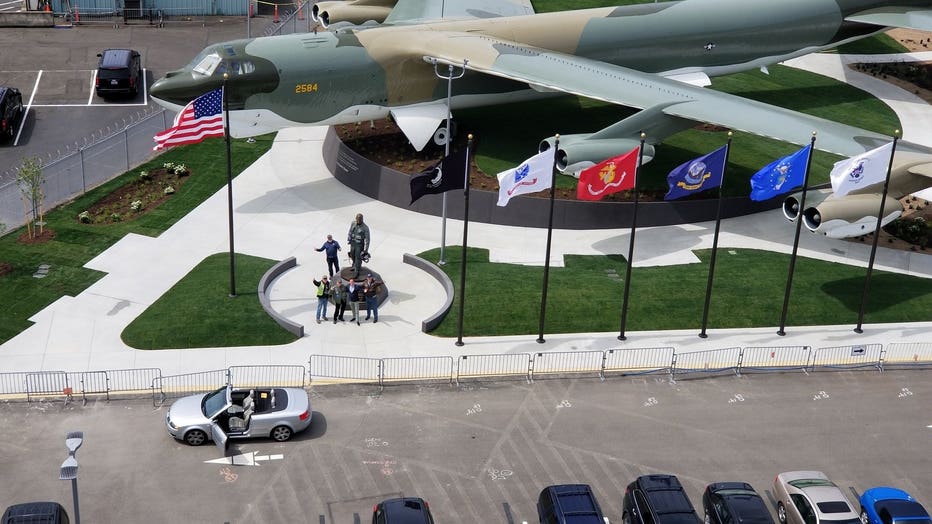 The Midnight Express, the symbol of their forgotten war, is now the centerpiece of the new Vietnam Veterans Memorial Park.

At the park, flags fly representing all five branches of the U.S. military. There's  a bronze statue of an airman coming back from a mission, created by sculptor James Nance.  The aviator has his helmet in his left hand and an American flag in his right hand, symbolizing those who did not come home.

For those who did come back from Vietnam, here they’ll find a message so many wanted, but never received after returning from the controversial war -- a sign saying "Welcome Home."

A place to pay tribute, to those who bear the scars of the Vietnam War, while honoring others who made the ultimate sacrifice. This park will help ensure, they will never be forgotten.

The dedication of the new Vietnam Veterans Memorial Park will be held May 25th, 2019 at 11am at The Museum of Flight. Former Sec. of Defense, Gen. James Mattis will be the keynote speaker. The event is free to the public.