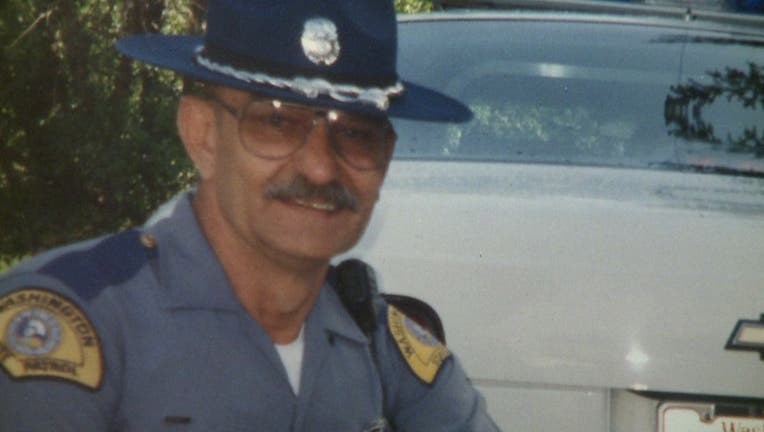 CARLTON, Wash. – The massive Carlton Complex Fire has destroyed between 150 and 200 homes, and the wildfire is showing no signs of stopping.

The fire claimed it’s first victim over the weekend -- 67-year-old Robert Koczewski died while trying to keep the flames from destroying his home.

Robert and his wife watched the valley go up in flames and they’d seen it happen before, so they grabbed some water hoses and hoped for the best.

But this time Robert couldn’t withstand the physical demands; he collapsed and died of an apparent stroke while protecting his home.

After spending 26 years in the Marine Corps, and more than a decade with the Washington State Patrol, Robert and his wife retired to central Washington.

“He wasn’t just going to give up and burn up,” he said. “He would definitely have pushed it and he did. He pushed it to keep what he had.”

The flames raced close to the property. Blackened earth could be seen on a neighboring hillside.

Robert and his wife built fire lines and used hoses to douse the flames to protect their home, and also their neighbor’s property.

But the excessive heat and Robert’s declining health made for a lethal combination.

“He just collapsed. I think he just exhausted himself to a stroke and died,” said Robert Jr.

One of Robert Jr.’s most cherished memories is of the two running a marathon together in Hawaii.

That’s how he will remember his dad -- strong and determined.

“As sad as it is to see him go the way he went, I’m glad he went that way,” he said. “He had a purpose and it was his M.O. to do that kind of stuff. I’m glad he was able to help everybody else. He’s known for that in this valley and he did it right.”