Woman shatters hundreds of bottles of alcohol in supermarket

A woman was caught on video shattering hundreds of alcohol bottles inside of an Aldi supermarket the day before Thanksgiving, causing hundreds of thousands of dollars in damages.

STEVENAGE, England - A woman was caught on video shattering hundreds of bottles of alcohol inside of an Aldi supermarket the day before Thanksgiving.

In the video, which was filmed in Stevenage, England, a woman wearing long pants and a hoodie sweatshirt reaches her arm toward the back of a shelf and then swipes off dozens of bottles of alcohol, sending them crashing to the floor.

She repeats the action several times as bystanders look on.

The woman left behind a sea of broken glass and spilled alcohol that covered the entire aisle. 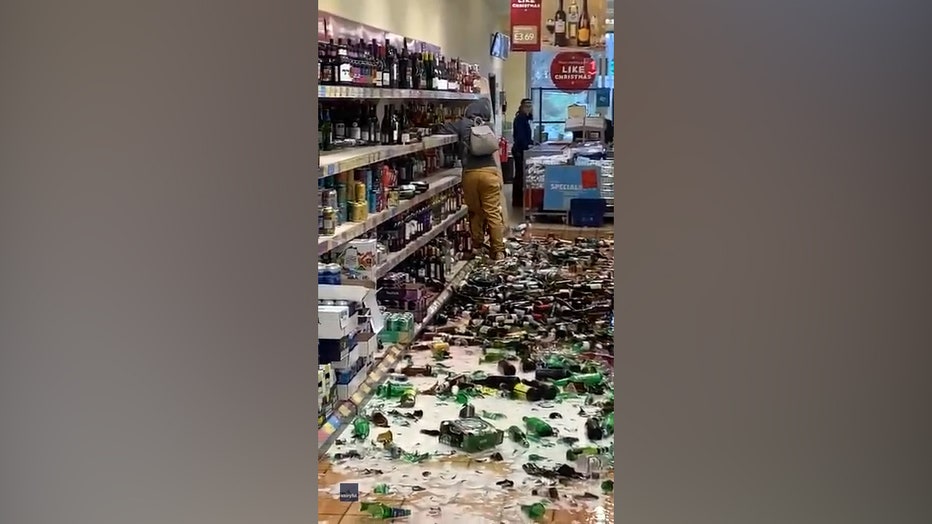 A freezeframe from a video that captured an English woman destroying property inside of an Aldi supermarket.

The unidentified woman can be seen in the video slipping and falling at one point, before getting back up and resuming the destruction of the bottles on the store’s shelves.

She appeared to have injured her right hand when she slipped, according to bystanders.

Lee Clark, the witness who recorded the video, spoke with the store’s manager, who estimated that the woman caused about $130,000 in damages — including the destroyed bottles, lost revenue due to the shop’s forced closure and the cost of new flooring.

Local news outlets reported that the woman was arrested and treated at a hospital for her injuries, but her motive remained unclear.