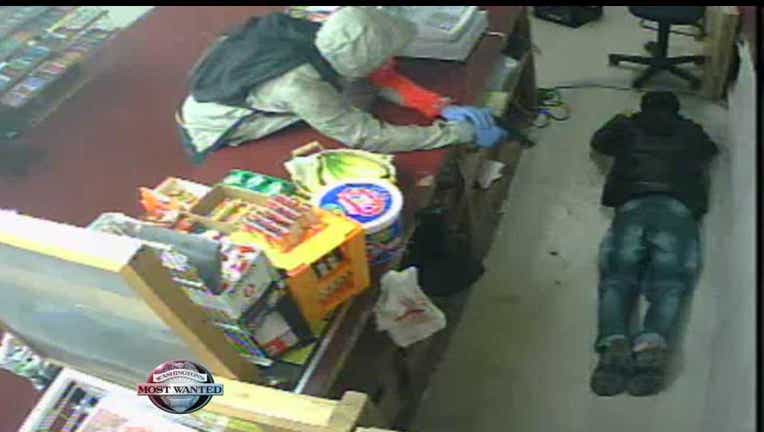 FUGITIVES CAPTURED Dec. 13, 2012 Thanks to a WMW viewer tip, the three suspects who held a clerk on the floor at gunpoint while they robbed the Midland Garden Grocery store in Everett on November 18th, have been caught. Detectives say they turned out to be juveniles, 16 and 17 years old. One of them had a previous robbery arrest from June in Spanaway and another on November 28th. Det. Tedd Betts with the Snohomish County Sheriff’s Office worked with Ret. Det. Myrle Carner from Crime Stoppers of Puget Sound to feature the case on WMW.  Det. Betts says the Tacoma teens both confessed and identified the third suspect who was also arrested. The two juveniles confessed and even identified the third suspect who was arrested yesterday.  They also dimed out their getaway driver, a half-sister to two of the suspects. Amusing since none of them had a license to drive. Det. Betts says, “Your show stopped, for now, these kids from more criminal activity and heartache during this holiday season.” They are the #349th, #350th and #351st fugitives arrested since WMW began in partnership with law enforcement and Crime Stoppers in 2008 FUGITIVES WANTED IN SNOHOMISH COUNTY Dec. 7,2012 -- They barged in -- guns drawn --putting a grocery store clerk face-down on the floor, then robbing the place for cash, cigars, and beer. It happened last month at ‘Midland Garden Grocery" in Everett. 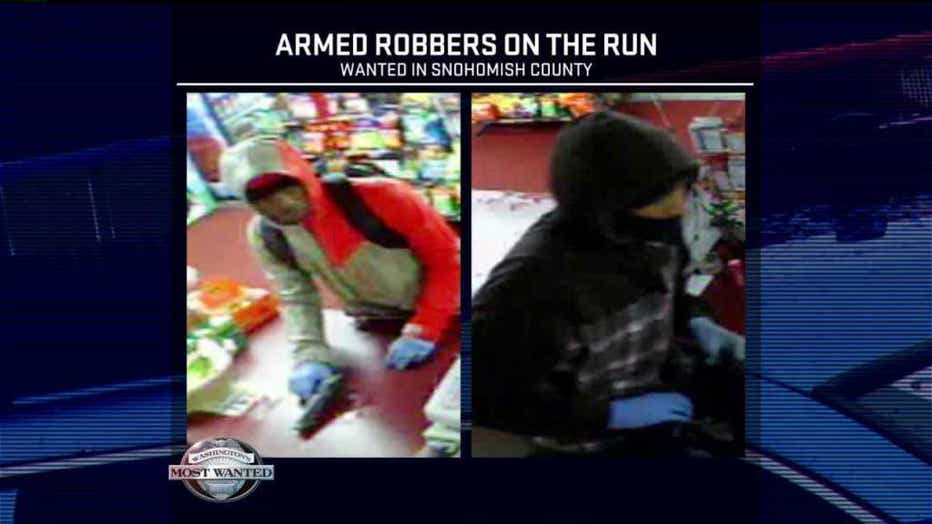 Retired Det. Myrle Carner with Crime Stoppers of Puget Sound gives us a play-by-play -- because it was all caught on camera: "Two suspects enter the store. A third one, which is notably younger, stays at the door, probably to act as a lookout. The one in the black coat comes in, gun in hand. As he approaches the clerk, the clerk kind of panics, then the guy in the black coat hands the gun to other guy in the orange coat, and he also points the gun at the victim. You'll see in the video, they order the victim on the ground and they proceed to rob the till and taking the money.” Then, right when it seemed to be over, it hit the most terrifying time for the clerk -- still face down as the guy in black jumps over the counter and rips-off a big box of swisher sweet cigars -- but you can only imagine what the clerk was thinking knowing the guy was hovering right over him. "It's probably not the first time they've done this,” says Ret. Det. Carner. “Particularly when they post someone at the door. That means they're nervous somebody's going to get hurt. And so, they have someone at the door to act as the lookout to make sure no one comes in and interrupts the robbery" Checkout the two best look at the two robbers who were inside. The guy in the beige and orange coat wasn't wearing a mask. There isn't a great shot of the lookout man, but again, detectives think he's younger than the other two. These guys know what they're doing, and likely aren't going to stop unless they're caught. If you know them, call an anonymous tip into: CRIME STOPPERS: 1-800-222-TIPS You must call the Crime Stoppers hotline with your tip to be eligible to receive a cash reward for information leading to a fugitive’s arrest. CLICK HERE for information on how to TEXT A TIP to Crime Stoppers 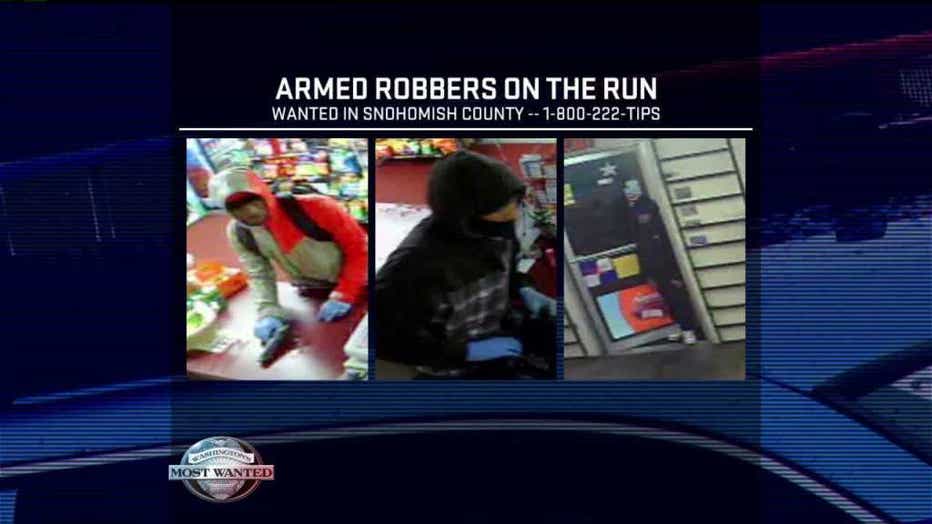