A thief crouches down to hide, waiting to strike, patiently watching a homeowner go in and out of his house in Burien, Washington.

BURIEN, Wash. - Burien Police are looking to identify a suspect who hid in plain sight while a homeowner worked in his garage, before stealing from that homeowner's car the moment he turned his back.

Scott Badgley told FOX 13 that he was working in his driveway for about 40 minutes, with his garage door open so he could go in and out of the house. The crime occurred in broad daylight.

Surveillance video from his home shows the thief crouching next to some garbage cans put out on the street. Then, when Badgley goes inside, the thief goes into his car and steals his wallet, which had credit cards and $2,000 in cash.

Badgley had no idea the thief was there-- and so close to him-- until he watched back 10 hours of surveillance video.

"I just happened to notice as the footage kept going through Friday morning, that there was someone walking across my driveway. So I started watching it and sure enough, I just missed the guy by 30 to 45 seconds of walking out the front door and him standing right there. It's just infuriating, as he was 15-20 feet away from me the entire time and I didn't even see it," Badgley said.

Badgley told FOX 13 that he usually locks his car and brings his wallet in, and the one time he didn't was the time the thief struck.

The thief then used the credit cards to get new tires from a tire shop in Kent. He also used the card at a gas station, a cellphone store and at a casino, according to Badgley.

Police are also looking for a suspect who they say was in the white getaway car and used Badgley's cards at a casino, spending $540. 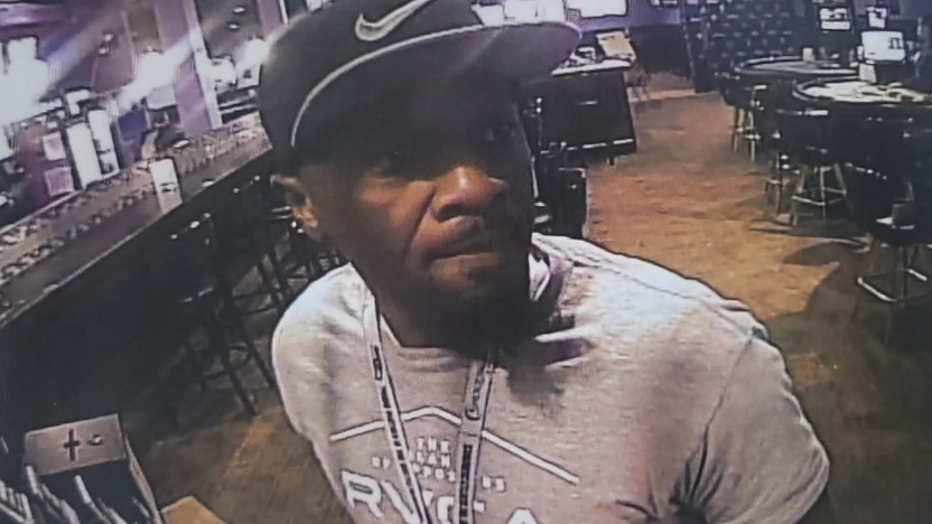 Badgley said it has been frustrating having to replace all his cards, IDs and a veteran card.

Capt. Todd Morrell calls this a crime of opportunity.

"People who perpetrate these crimes are looking for instances where they are not likely to run into, encountering people. They’re looking for those moments where people turn away. They just have a brief moment in time to commit the crime," he said.

He says the best way to help curb these types of crimes is to remove valuables from your car, keep your car locked. Having a home security camera can really help law enforcement, should these crimes occur, Morrell said.

Though this crime was bold, Burien Police say reports of car prowling have decreased slightly.

A man was seen on home surveillance footage crouching by garbage cans, waiting for the homeowner (who was outside as well) to turn his back. Then the man stole his wallet from inside his car.

Police say there were 131 thefts from vehicles reported in the first three months of this year, compared to 142 reported the same time last year.

Crime Stoppers of Puget Sound is offering a reward of up to $1,000 for information that leads to an arrest of either suspect. If you recognize them, contact Crime Stoppers at 1-800-222-TIPS or submit a tip through the app. All tips will remain anonymous.