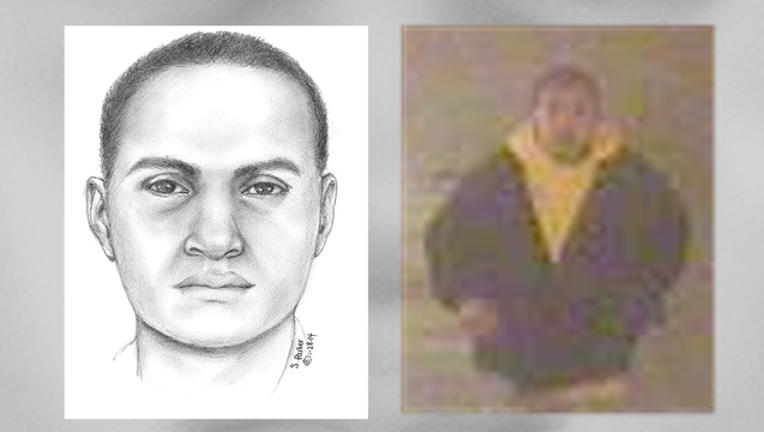 SEATTLE -- Seattle police on Thursday released a surveillance video and sketch and asked for the public’s help in identifying a sexual assault suspect who attacked a woman walking home from work in Belltown Jan. 18.

Surveillance video shows the suspect stalking the woman, following her down the street in the 2900 block of 1st Avenue. As she continued to walk, detectives say, the man eventually got in front of her and stopped at a parking pay station in the 2700 block of 2nd Avenue.  When she tried to walk by him, detectives say he grabbed her by the shoulders and tried to force her to the ground in a gravel parking lot.

She was able to keep her feet and fought back.

Retired Seattle police detective Myrle Carner, who is with Crime Stoppers of Puget Sound, said, "She put up a great fight, she tried to punch him in the face, she tried to scratch his eyes, put her fingers up his nose.  She basically said I want to rip his face off."

The victim says she screamed for help but nobody was around. She was sexually assaulted during the struggle and the suspect ran off. Detectives have created a sketch of the accused rapist. He’s described as a Hispanic man in his mid 20s to early 30s, about 5-foot-8, with a stocky build. At the time, he was wearing a dark hooded coat with a red, tan and white plaid shirt.  He also had on long, baggy tan shorts.