EVERETT, Wash. - The long-time owner of Everett Comics says a 4 ½ foot tall Batman statue that was stolen by two thieves can’t be replaced.

“This was a piece that was offered by the Funko company just to retailers. Of course, they had to pay for it. Nothing is free, so we ordered one and it was an immediate hit, everybody loved it, loved to get up close to a Batman and get a picture taken and, yeah, it was special. Kids loved it. Families loved it. We loved it. We're all Batman fans,” said Charlie Knoedler.

His store’s alarm started going off early Sunday morning when a suspect smashed out the front window and stole the 150 pounds statue.  “It was set up on a table next to the window and, of course, glass all over the sidewalk and inside the store and now you have to go through the process of getting a window replaced, which is not cheap,” said Knoedler.

Surveillance video shows the crook put the supersized Funko Pop into a red 2007 to 2009 model Mazda 3 hatchback driven by a second suspect.  Both men were also seen on camera scoping out the store prior to the break-in before walking to their car. Everett Police believe the suspects may be part of the collector’s community who know about Pops or they’re planning to sell Batman to an unsuspecting buyer.

“I'd like to catch them pretty bad. It's just not acceptable to do, especially a small business that's already struggling because of COVID. It'd be nice to return Batman to his home and put them in there,” said Everett PD Det. Danny Rabelos who works in the property crimes unit. 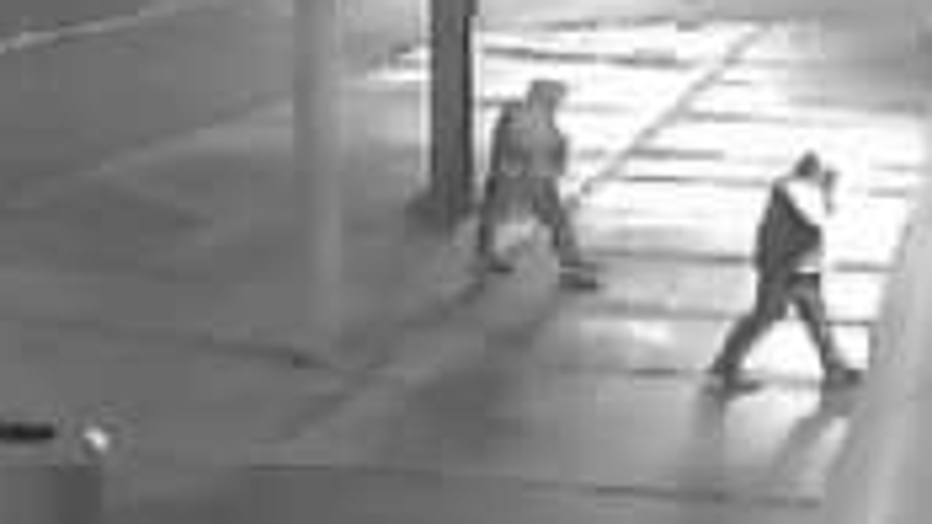 He’s also a collector who shops at the store and credits comics with helping him escape a tough childhood.   “Batman's one of my favorite characters,” said Rabelos.  In fact, it was the first superhero he had tattooed on his arm.  Now, his left arm is covered in tattoos of heroes like the Flash, Hawkman and Green Lantern.  “His powers are derived from willpower and I think with the willpower that you can accomplish anything,” said Det. Rabelos.   His right arm depicts the villains.

“The tattoos break a lot of barriers.  I engage in a lot of conversations with citizens and a lot of people don't realize where cops come from, so it's neat to share with a lot of people, especially less fortunate in our community that I came from a position they were in and, you know, gives them hope and inspiration,” said Det. Rabelos. 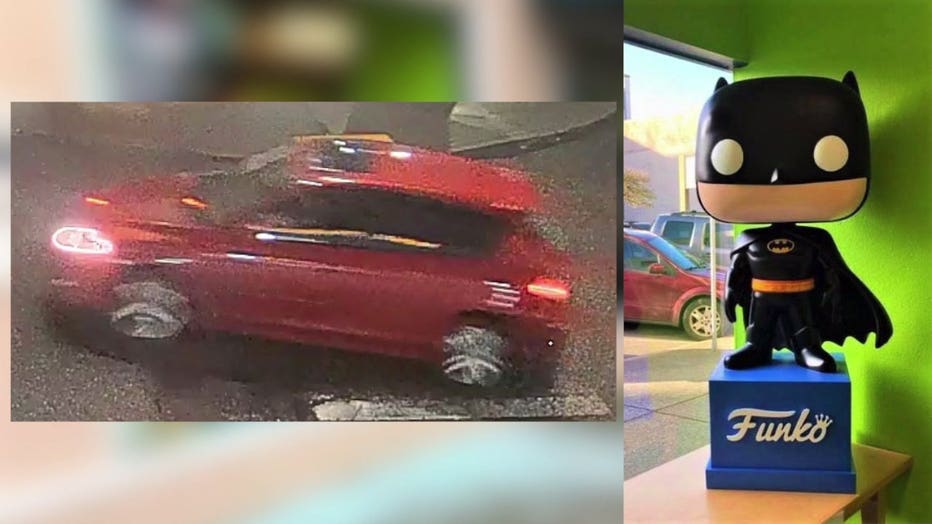 Now, this real life crime fighter is using his skills as an investigator and his utility belt to try to find the “World’s Greatest Detective.”

“If anybody has any leads on the vehicle, they hear rumors of the item being sold, they see pictures that are taken with it on social media, you know, your brother now has a 4 and a half foot Pop, cousin, anybody, please call the Everett Police Department and share it with us. Our goal, right now, is to recover the property for the owners and then we will continue our criminal investigation into that, so the big goal is to get the property back for our victims,” said Det. Rabelos.

The theft comes a huge blow to Everett Comics. The statue was a real draw for customers.  “It was a one of a kind piece that was offered and they don't make them anymore,” said Knoedler.
The business was just starting to recover financially after being closed for three months because of the pandemic.

“It doesn't make you feel good that but we have a great clientele here and the amount of well wishes that you get daily since this has happened is really overwhelming,” said Knoedler.  While he would like to see the suspects caught, he would be just as happy to have Batman returned.

“I just hope that the guys, you know, maybe feel a little bit remorse and maybe they want to make things right and do the right thing. If they could return it, that would be great,” said Knoedler.

If you have any information, call 1-800-222-TIPS (8477) or text the information anonymously through the P3 Tips App on your cell phone. It’s free to download. You can also submit tips at www.P3Tips.com. 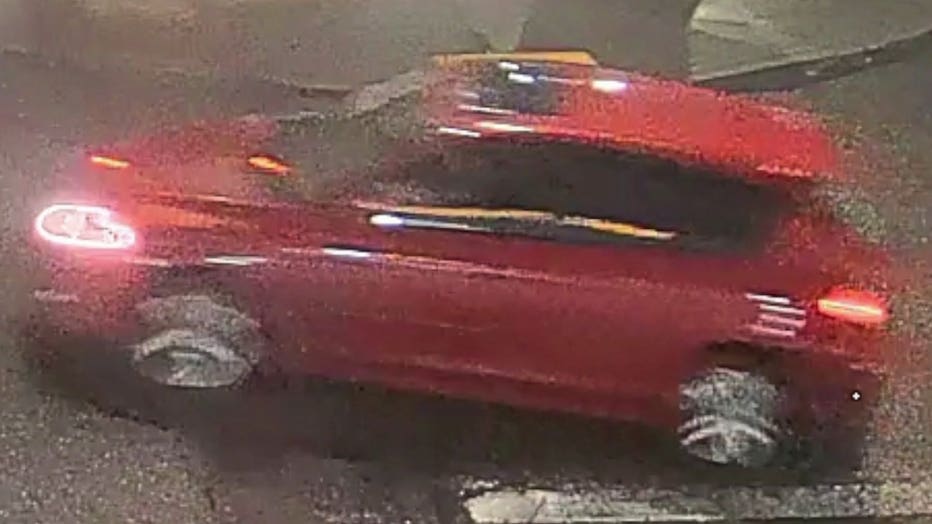