NEW YORK CITY - There's a reason you aren't supposed to leave vehicles unattended in the middle of New York. You never know how valuable their contents can be.

A man stole an aluminum bucket full of gold flakes valued at $1.6 million from the back of an unattended truck in midtown Manhattan on September 29. The pail weighed approximately 86 pounds.

An armored truck company was making a pickup and left the back of the truck open and unattended in front of 48 West 48th St. between 5th and 6th avenues. In the time the truck was left alone, a man was able to walk up and make off with some of its precious cargo. 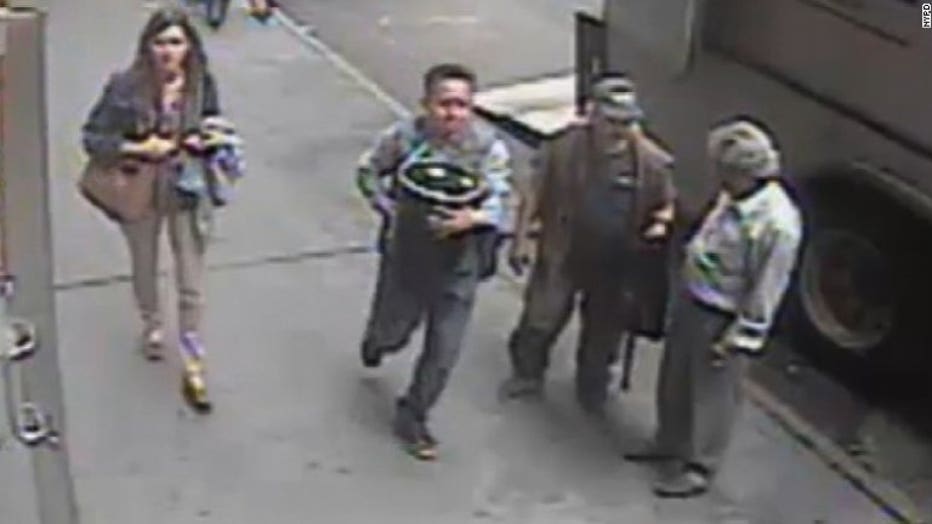 In surveillance footage released by the New York Police Department, a man walks up to the back of the truck, grabs the bucket, and shuffles off with it in broad daylight. At first, he's about to walk past the truck, but then he notices the unattended bucket and makes a turn to grab it. The video shows two men chatting in front of the truck as the suspect walks away with the gold.

The men don't seem to notice the gold disappearing. In the footage, the thief can be seen struggling under the weight of the loot.

The NYPD is still looking for the thief. He is described as a Hispanic male who is about 5 feet 6 inches tall, 150 pounds and between 50 and 60 years old. 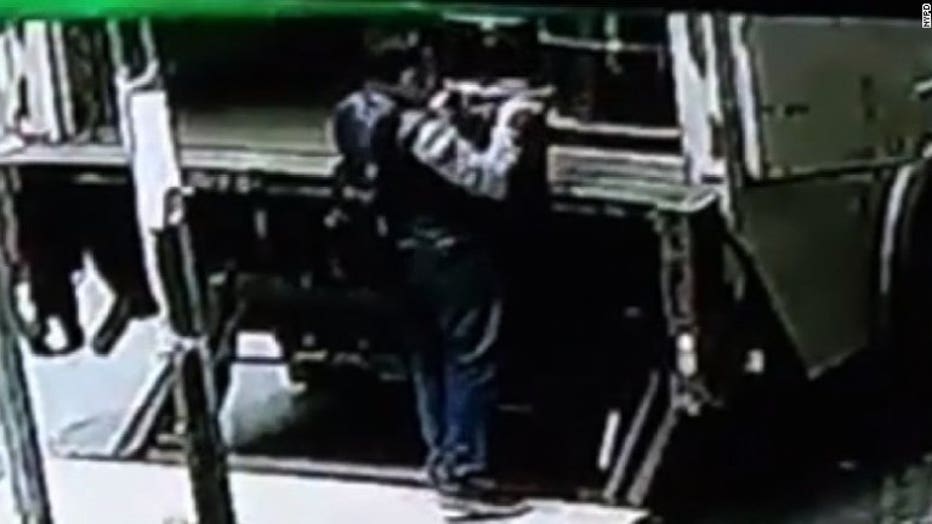 Surveillance video showed a man taking a bucked off the back of the truck.