The passengers knocked the gunman down and held him until police arrived and arrested him. 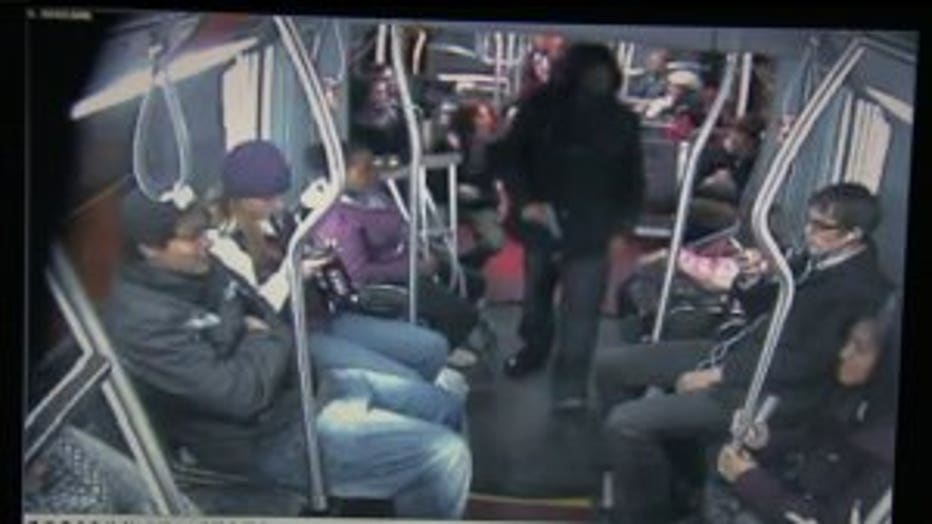 Passengers told police that a masked man boarded a bus in downtown Seattle and sat down for the ride to West Seattle. Once the bus reached West Seattle, the man stood up. As the video shows, the gunman points his weapon right in a passenger's face, who is startled at first, but then grabs for the weapon.

The passenger pushed the robber down the aisle, throwing punches, and other passengers joined in, trying to take him down.

Some passengers, including a woman on crutches, run for the exits.

It took at least three passengers to hold the gunman down until police came.

The suspect in the case, 19-year-old Trevonnte Brown is charged with first-degree robbery and attempted armed robbery.  He is being held in the King County Jail on $350,000 bail.