'Welcome to South Florida,' was how one witness summed up Malik McDowell's naked escapade in Deerfield Beach. Video courtesy Ty Jenkins via WSVN.

Cleveland Browns defensive tackle Malik McDowell was arrested in Florida on Monday after allegedly exposing himself near a learning center and violently attacking an officer, according to a report and police records.

McDowell, 25, was charged with one count of aggravated battery on an officer, resisting arrest and public exposure for an incident that took place in Deerfield Beach, Broward County Jail records showed Tuesday.

Deputies received a call Monday of reports of naked man walking near a school, according to an arrest report obtained by the South Florida Sun-Sentinel. Assistant State Attorney Eric Linder later clarified that the man, identified as McDowell, had entered the property of a learning center where children were inside and was captured on surveillance footage, naked.

According to the report, McDowell charged at a deputy on the scene "at full speed with a closed fist" and a "violent attack" ensued. The deputy said in the report that he fought back and eventually took McDowell into custody using a Taser.

The confrontation reportedly left the deputy "dazed" and injured. 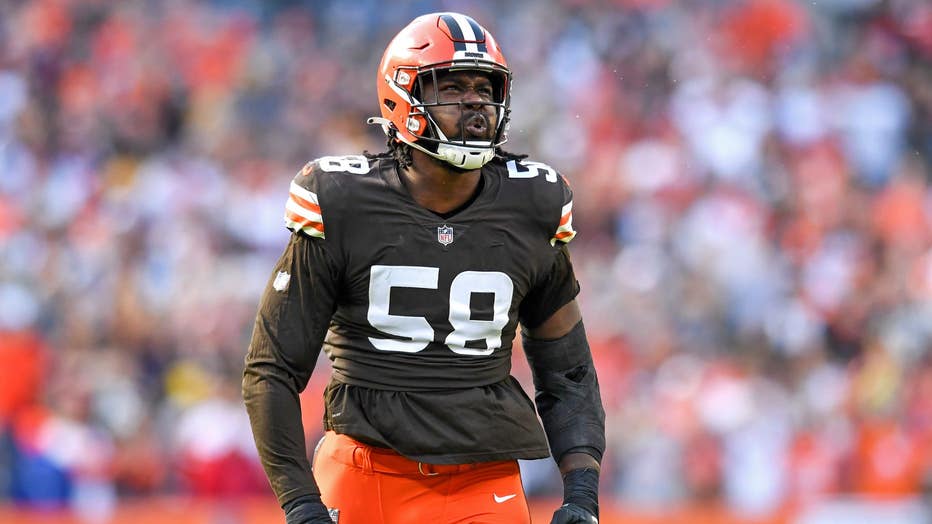 Malik McDowell of the Cleveland Browns celebrates sacking Ben Roethlisberger of the Pittsburgh Steelers during the first half at FirstEnergy Stadium on October 31, 2021 in Cleveland, Ohio. (Photo by Nick Cammett/Diamond Images via Getty Images)

McDowell was completely naked while he was being arrested on Monday in a new video obtained by TMZ Sports.

"We are aware of the very concerning incident and arrest involving Malik McDowell and are in the process of gathering more information," the statement, via the NFL Network, read. "We understand the severity of this matter and our thoughts are for the well-being of all involved. We will have no further comment at this time."

According to the Sun-Sentinel, McDowell’s defense attorney said "apparently somebody may have slipped him something or given him something he was unaware of, which explains some of his bizarre behavior." 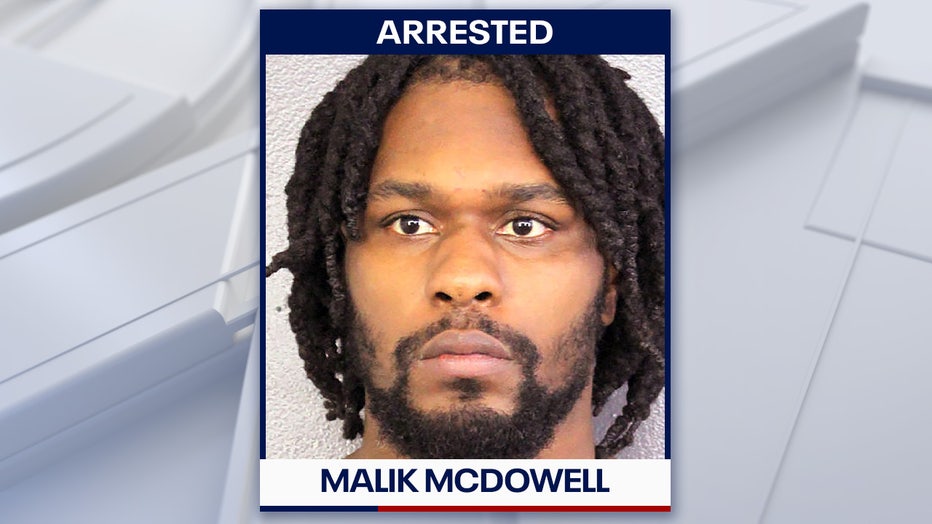 McDowell has previously had multiple run-ins with the law including DUI and disorderly conduct arrests in 2017 and was charged with assault, resisting arrest, and operating a vehicle while intoxicated in 2019 for which he was sentenced to 11 months in jail.

Set to become a free agent in March, McDowell was drafted by the Seattle Seahawks out of Michigan State in 2017, but he was waived the following year after being unable to play due to a non-football-related injury.

He signed with the Browns in May where he finished the season with 33 tackles, three sacks and a fumble recovery in 15 games.

Inmate records did not indicate if McDowell had posted bail.