String of aggressive thefts at car dealerships and auto shops

Thieves are stealing keys from dealerships and from shops with cars in the garage, later stealing cars that match. Some have even used other stolen cars to ram into a dealership to break in

BELLEVUE, Wash. - Bellevue police released new video Friday of the moment when a car rammed through an auto shop where a Porsche was stolen earlier this week.

On Monday night, police said suspects used a white Chevy Cruze to break into an auto detail shop in the 2200 block of 120th Avenue Northeast. 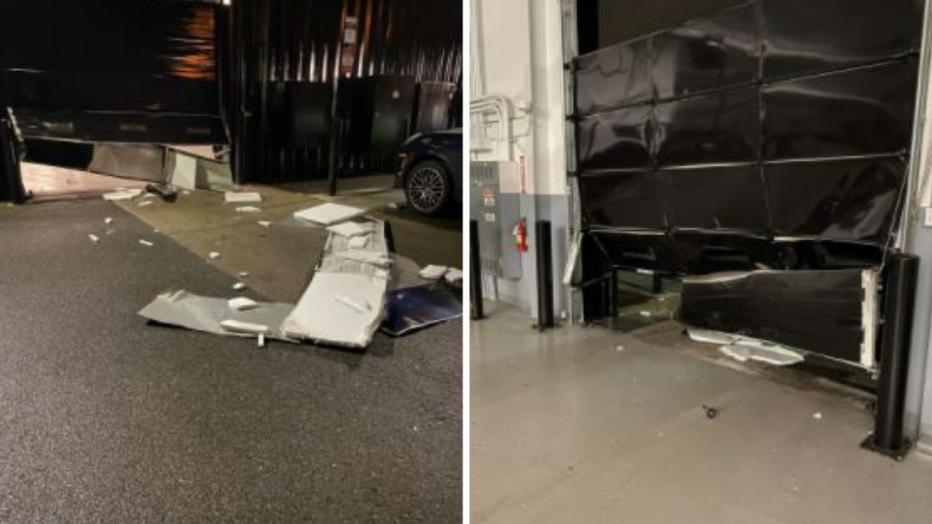 According to detectives, the suspects entered the shop and drove away from the scene in a stolen Porsche.

Shortly after the theft, the Washington State Patrol responded to a crash involving the Porsche near Northeast 8th Street and the northbound I-405  on-ramp.

Troopers located a 31-year-old man and arrested him in connection with the theft.

Auburn police said there is an uptick in burglaries and auto thefts at car dealerships.

According to police, officers ran the plates of the Chevy Cruze and learned that Fife police impounded it after it was used to ram into a dealership. Two suspects left the scene.

Police are still searching for the two suspects and the investigation remains ongoing. 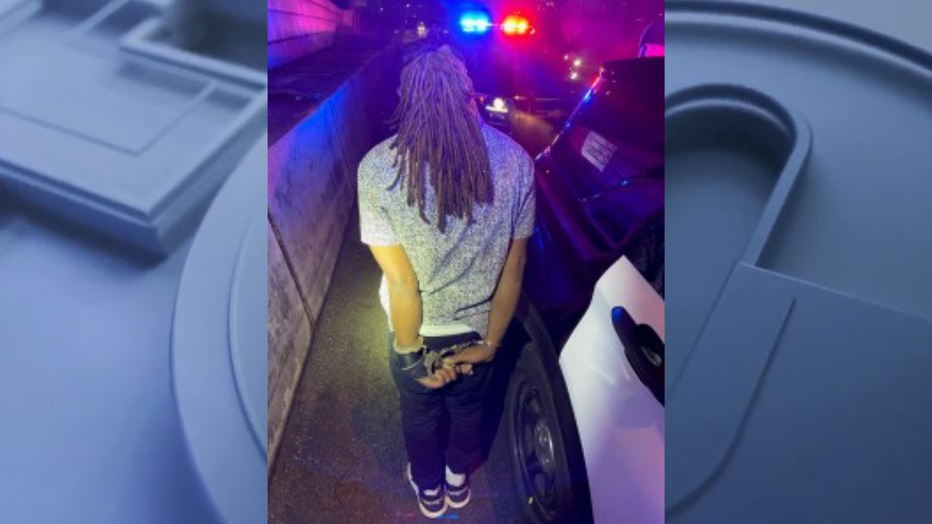 Troopers located a 31-year-old man and arrested him in connection with the theft.  (Bellevue Police Department)