New video shows an hours-long fight in the Salish Sea between a large group of transient orcas and a pair of humpback whales.

The Pacific Whale Watch Association (PWWA) witnessed a bizarre event in the Salish Sea on Thursday, which appeared to be a dramatic battle between a group of orcas and a pair of humpback whales.

According to the PWWA, at around 11:00 a.m., whale watchers were making their way toward the U.S.-Canadian border in the Strait of Juan de Fuca when the captain spotted the group of whales. At first, whale watchers observed what they thought were a pod of roughly 15 Bigg’s orcas swimming near the surface. Not long after, it became apparent that two humpback whales were in their midst. 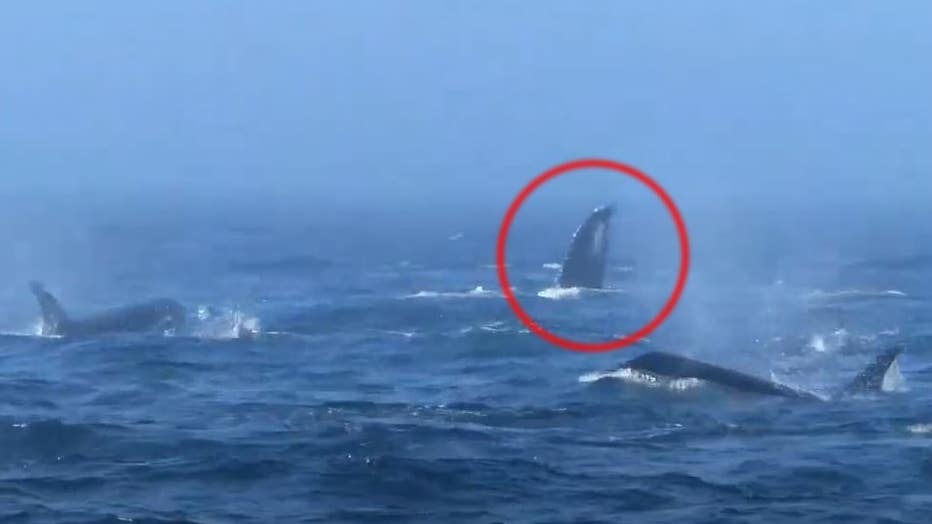 PWWA officials say the wild activity, which included breaching, tail slapping and loud vocalizations, lasted for about three hours before they disappeared in the fog. 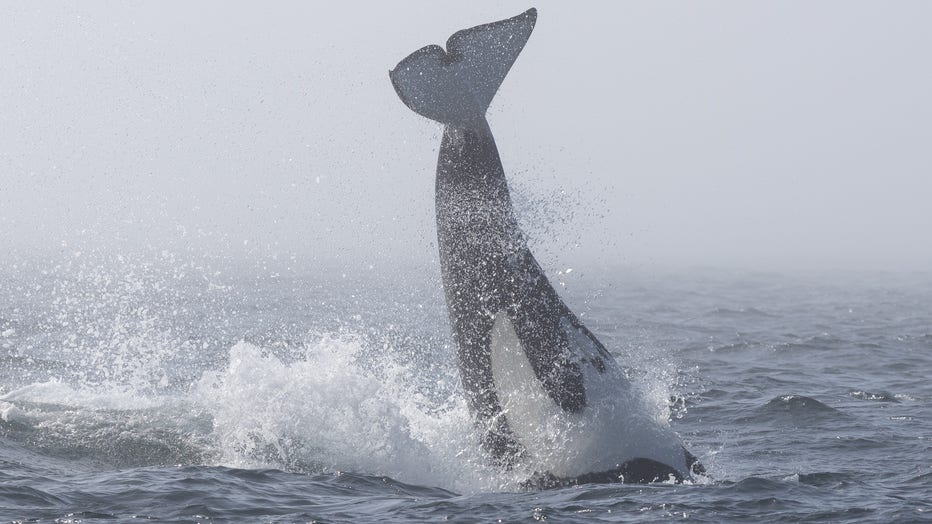 "I’m still trying to wrap my head around it because it was absolutely unbelievable", says Mollie Naccarato, captain and naturalist for Sooke Coastal Explorations. "At first the orcas seemed to be chasing the humpbacks, but then there was space between them, the humpbacks would go back toward the orcas." 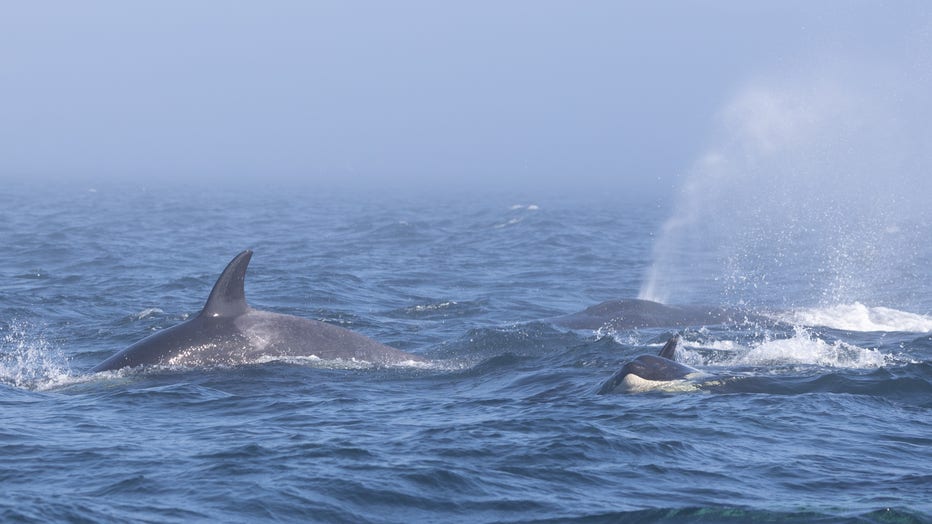 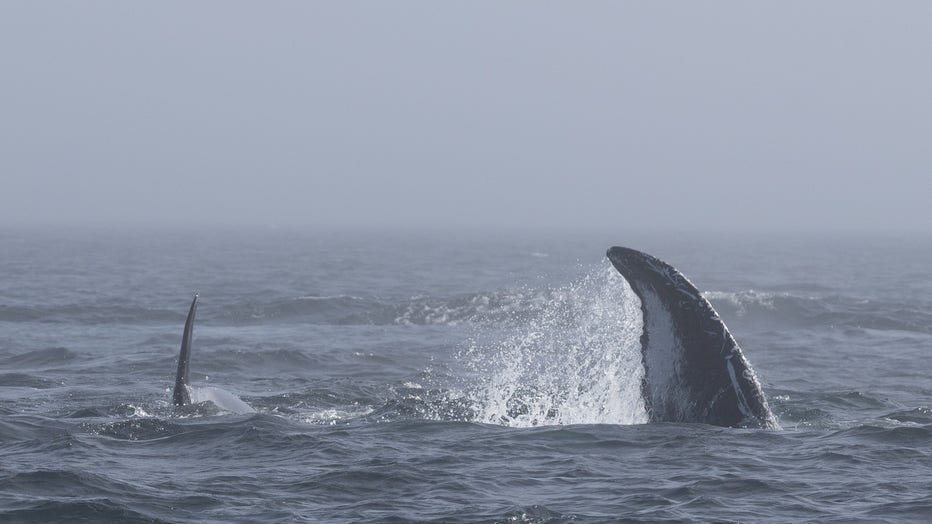 The PWWA has not documented any deadly orca attacks on humpback whales in the Salish Sea, but with the rising population of both species in the region, they believe interactions like this could become more common. 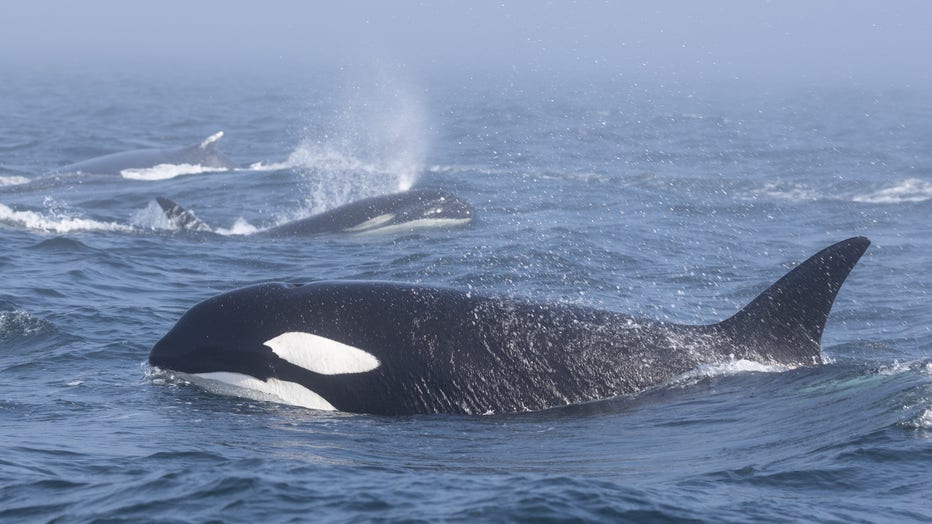 PWWA naturalists have identified the whales that were observed in Thursday’s event. The orcas are part of the T109A’s and the T252’s group, which are typically seen in the outer coast. The humpbacks were identified as BCX1948 "Reaper" and BCY1000 "Hydra". Reaper is at least four-years-old and has been matched to winter breeding grounds off Jalisco, Mexico. Hydra, an adult female, has been matched to breeding grounds off Maui, Hawaii where she has given birth to at least three calves. 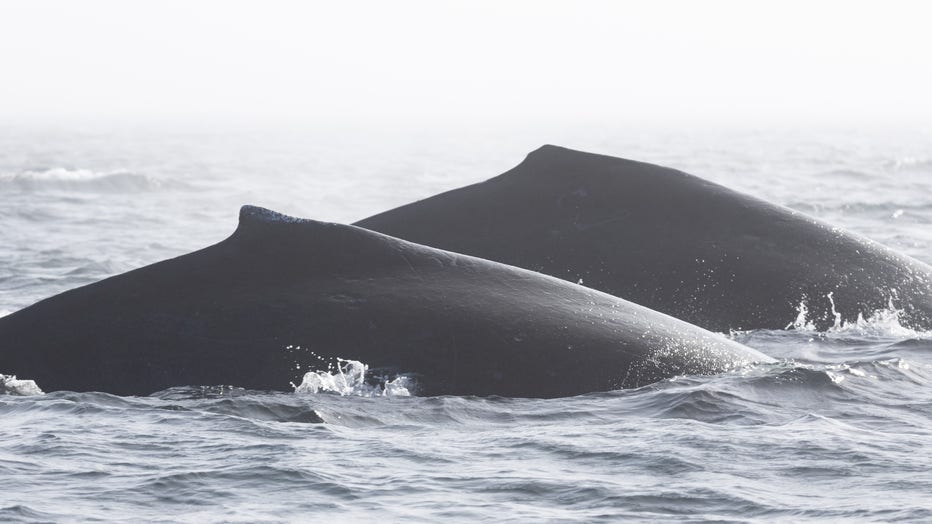 Whale watchers are hoping to relocate the two humpback whales before they swim south for their annual winter migration. The orcas will likely be in the area all year round, because they are not a migratory species. 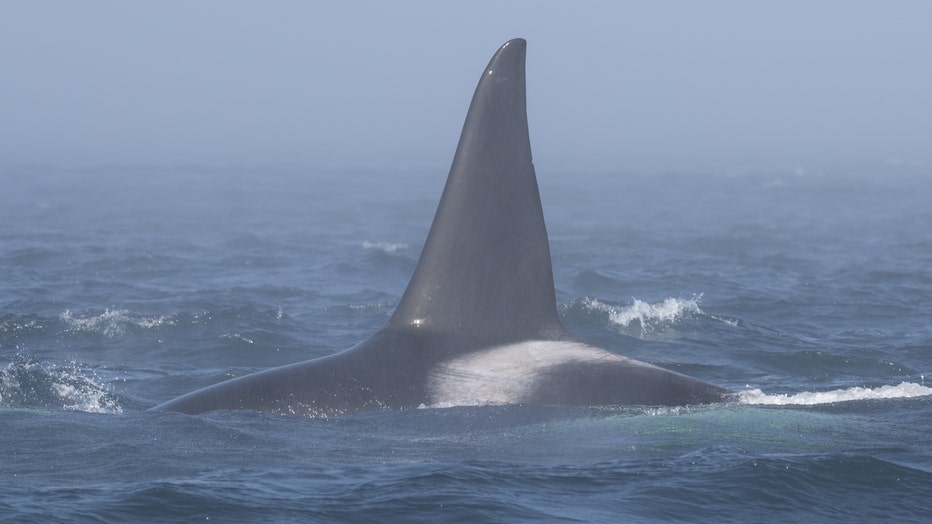 RELATED: 'It feels like I lost a family member'; Endangered orca population drops from 74 to 73 in annual census

The annual census undertaken by The Center for Whale Research shows that yet another Southern Resident killer whale is now considered deceased after disappearing. L89 went missing in late 2021 and hasn't been seen since.