SEATTLE -- The Seattle Police Department on Wednesday released a new video that shows the moments that lead up to a fatal police shooting in a popular Seattle park Monday night.

It started with a robbery at a Forever 21 store in Northgate Mall and ended in Magnuson Park.

Police say a man and woman tried to shoplift at the store, but when the clerk confronted them, the man pulled out a gun and they ran off.

Officers say the couple stopped at a nearby apartment complex, where an apartment employee took some video.

The employee observed the suspicious vehicle in the parking lot and went to investigate. The male suspect confronted the employee and fired his gun into the ground toward the employee. The employee reported the incident to police as the suspects drove away.

A short time later officers contacted the female suspect on Holman Road NW and took her into custody. As officers were arresting her, the male suspect, who was still in the suspect vehicle, drove away, police said. Officers pursued the vehicle knowing that it had been involved in an armed robbery.

During the pursuit, the suspect fired multiple rounds at officers from his vehicle in the 100 block of  NE 80th Street. No officers were injured and it does not appear that any of the patrol vehicles were struck by gunfire, police said.

The chase ends in Magnuson Park.

"Show your hands!" an officer screams to the suspect.

A police body cam shows the rest. There's a chase on foot and then the suspect is seen.

The suspect does not show his hands. Instead, he appears to reach for something in his pants.

"Put your hands up! Let me see your hands! Don't reach!" the officer screams.

And then police fire.

The man died at a hospital a short time later. No officers were hurt.

Police said they recovered this gun at the scene: 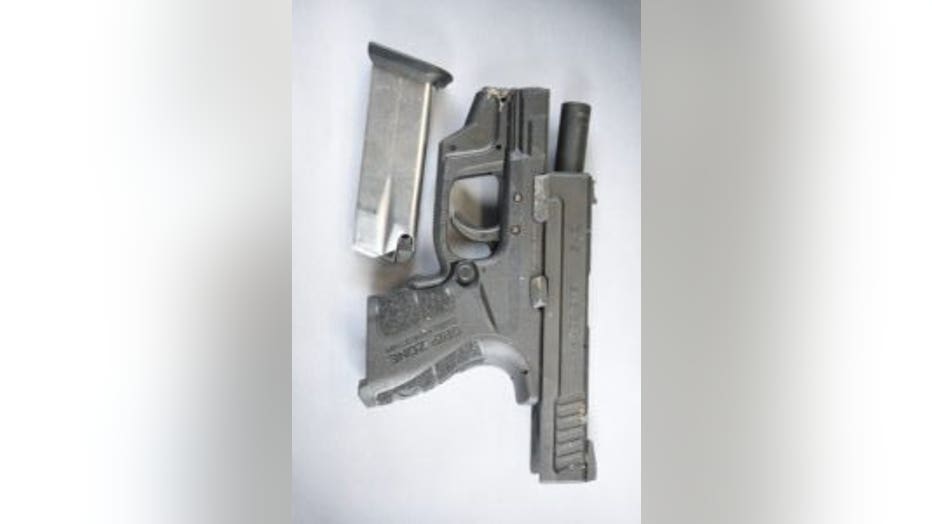 Detectives are currently conducting an investigation into the events that culminated in a fatal officer-involved shooting in Magnuson Park. Detectives are asking anyone who has information about the case, or was involved in the incident and have not yet contacted SPD, to call them at (206) 684-9292.